The dictionary defines “gimmick” as: an ingenious or novel device, scheme or stratagem, especially one designed to attract attention or increase appeal.  This may sound strange, but one of the biggest reasons I work in media ministry today is that growing up, I thought pastors were so embarrassing.  Being a preacher’s kid in the South during the 50s and 60s was tough. Pastors were always doing wacky stuff to attract attention. I remember one pastor who sat perched on a chair atop a three-story-high pole until Sunday attendance hit a certain number. Another one locked himself in the steeple, praying for revival. You may remember pastors who shaved their head if the youth program brought enough visitors. Witnessing to a friend at school was much more difficult when his big question was, “Why does pastor Jones do such stupid things?”

From an early age I was incredibly sensitive to church gimmicks and the thought that an outrageous stunt would help reach more people with the Gospel. Don’t get me wrong. Most of those leaders were incredibly sincere; they genuinely wanted to expand the Kingdom. Unfortunately, they didn’t realize what the most creative communicators know:  Gimmicks may get attention, but truly original ideas change the world.

Today, I’m seeing another wave of gimmicks from a new generation of leaders–outrageous billboards, sex and technology-related stunts, mock events in their community–all to get attention and capture that elusive “buzz” factor. I love creativity, and I’m wide open to whatever idea you want to float. But at the same time, it’s important to understand the difference between a gimmick and an original, enduring idea:

Gimmicks are about short-term gain, not long-term relationships.  They get attention, but do they really change people’s thinking? Some pastors seem almost addicted to the attention gimmicks bring. As a result, they look for the most outrageous sermon themes or advertising ideas. But in the age of Lady Gaga, trying to shock an audience with a racy church billboard doesn’t really pack much of a punch anymore.

Gimmicks can be dangerous.  And I’m not talking about falling off that three-story perch. I’m talking about the fact that what’s funny to you might be offensive or hurtful to others. In 2010, Spirit Airlines launched the “Check the Oil on Our Beaches” ad campaign, trying to humorously promote beach destinations untouched by the BP oil spill. But the company was remarkably tone deaf to the hundreds of thousands whose jobs were lost and lives devastated by the tragic spill. The public was not amused, and the campaign was quickly pulled.

Gimmicks often backfire.  Instead of generating positive press, they often create criticism. Trying to be edgy and cool, McDonalds released its “I’d Hit It” campaign, thinking the phrase meant “choosing it.” But the street phrase actually means something much more provocative. Ronald McDonald must have been so proud.

Gimmicks can cheapen your perception and reputation.  Ultimately, do you want to be known as a pastor, teacher or leader who taught the Word and timeless principles that impacted lives, or as “the guy who preached a sermon in his boxer shorts?”

Pastor Matthew Barnett didn’t need a gimmick to lay the foundation for the Los Angeles Dream Center that’s transforming inner-city Los Angeles. Pastor Mark Jeske didn’t need a gimmick to inspire St. Marcus Lutheran Church to create an incredibly successful Christian school in inner-city Milwaukee. Pastor Jack Graham at Prestonwood Baptist Church in Plano, Texas, has inspired thousands of entrepreneurial ministries and businesses—and you won’t find a trace of a gimmick in these ideas. The list goes on and on … .

I’ve spent my career helping churches, ministries and nonprofits be more creative in the way they engage today’s cluttered and distracted culture. So I’m certainly not against innovative methods to share your story. Explore unusual ideas. Break some artistic boundaries.

But don’t do it at the expense of a gimmick that could undermine you and your church’s credibility and impact. 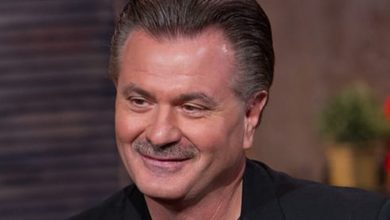 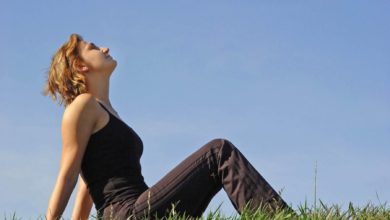 The 5 Ways To Improve Your Life – Right Now