According to recent news reports, employers are experiencing real challenges when they try to sue employees – even when those employees are critical of the companies they work for.  Even when people Facebook or Twitter bad news about the organization, or get drunk and post something highly critical, it’s very tough to pursue them in court.  Even in the rare cases where a company wins, they usually lose the PR battle.

In other words, in the social media world, tread very carefully.  It’s the wild west out there, with lots of potential minefields for organizations of all types.  For instance, someone could potentially sue a boss for sexual harassment after he repeatedly tries to “friend” him or her on Facebook.  Or  employers might pull a job offer after learning personal information from an applicant’s social media site.

All kinds of things – religious affiliation, activism, political positions and more are suddenly in the public domain and bound to be seen by potential and current employers.  But lawsuits against employees and others have proven to be very difficult to win.  In a 2009 case, one company sued employees over comments on a social media page that they felt violated their core values.  But not only did they lose, they were required to pay the employees thousands of dollars in damages.

My advice?  First – get the right counsel from an attorney that understands social media, and advice from social media experts.  It’s tricky stuff, and the old rules about office behavior don’t necessarily apply.

Second, jump into the stream of social media yourself.  Learn the unwritten rules about online behavior – what’s considered personal, public, serious, and funny.  Otherwise, you’ll blunder into a huge (and expensive) misstep.  It doesn’t matter if you consider yourself a “traditional” media expert.  Social media is turning everything on it’s head.

Finally – PR has changed in a digital age.  Often, traditional press releases don’t make nearly the splash as blog posts or even Twitter posts.  In a social media world, the nexus of influence is changing, and you need to stay on top of that change.

Let me know if there’s anything else I left out… 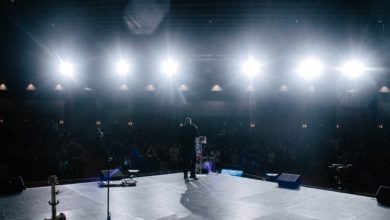