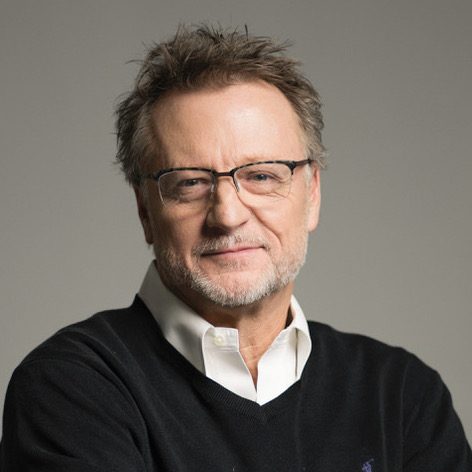 New from Phil Cooke! “Maximize Your Influence: How to Make Digital Media Work for Your Church, Your Ministry, and You” available here.

Phil Cooke works at the intersection of faith, media, and culture, and he’s pretty rare – a working producer in Hollywood with a Ph.D. in Theology. His client list includes studios and networks like Walt Disney, Dreamworks, and USA Network, as well as major Christian organizations from Joel Osteen, Joyce Meyer, The Museum of the Bible, The Salvation Army, The YouVersion Bible app, and many more.

He’s produced TV and film programming in more than 60 countries around the world, and in the process, been shot at, survived two military coups, fallen out of a helicopter, and in Africa, been threatened with prison. And during that time – through his company Cooke Media Group in Los Angeles, California – he’s helped some of the largest Christian and nonprofit organizations in the world use the media to tell their story in a changing, disrupted culture.

Phil was Executive Producer of “Let Hope Rise – the Hillsong Movie” released to theaters nationwide, and Producer of “The Insanity of God” a feature documentary that premiered nationally as a Fathom Event. According to former CNN journalist Paula Zahn, Phil is rare – a working producer in Hollywood with a Ph.D. in Theology. He’s appeared on NBC, MSNBC, CNBC, CNN, Fox News, and his work has been profiled in The New York Times, the Los Angeles Times, and The Wall Street Journal.

His book “One Big Thing: Discovering What You Were Born to Do” helps you find the great purpose and calling for your life – and was named by the Washington Post as one of the Top Five Business Books for 2012.  His book, “Unique:  Telling Your Story in the Age of Brands and Social Media” is changing the way churches, ministries, and nonprofits engage today’s culture with their story. Co-written with Jonathan Bock, “The Way Back: How Christians Blew Our Credibility and How We Win it Back” takes a hard look at why today—particularly in the media—Christians are dismissed as irrelevant. Cooke and Bock show the Christian community how we can once again astonish our critics, and in doing so, completely transform the world for good. His new book is “Maximize Your Influence: How to Make Digital Media Work for Your Church, Your Ministry, and You.” It’s the ultimate reference book for pastors and Christian leaders in today’s digital age.

His most recent project is “Unique: The Ultimate Planner for Creative Professionals.” In a time when most creative professionals are working with online productivity tools and apps for team communication, the Unique Creative Planner is a powerful print notebook that brings today’s priorities, tasks, and events together so your creative thinking can be released.

He’s lectured at universities like Yale, University of California at Berkeley, UCLA, and is currently a visiting professor at Oral Roberts University in Tulsa, Oklahoma.  In addition to writing his blog at philcooke.com, he’s contributed to The Huffington Post, Fast Company, Forbes.com,  Wired.com, and FoxNews.com. Phil is on the Advisory Board for The Salvation Army, a Board Member of Image Journal and The Hollywood Prayer Network and has been a long time member of the Academy of Television Arts and Sciences and The Producers Guild of America in Hollywood.

His philosophy? Get your ideas out there, and change the world in the process.

“As an Amazon Associate Phil earns from qualifying purchases.”