When I think of “Game Changers” I always think of Michael Jordan.  It comes from two things:  First, when there was time for only one shot that had to be made, his teammates knew to get the ball to Michael.  And second, in that same situation, Michael WANTED the ball.  He had the confidence to make the shot.  MIchael was unique because even in the middle of a game, he could shift the momentum simply by his attitude, his skill, and his leadership.  The question is:
Who’s the game changer in your organization?

I love the quote:  “For things to change, somebody somewhere has to start acting differently.”  “Acting differently” starts with action.  Stepping out and taking a risk.  I’ve recently re-focused my life with a bias toward “action.”   It’s fine to discuss new ideas – and I love doing that – but the difference between a bureaucrat and an entrepreneur is that one is eventually willing to think differently and take a risk.

Here’s some thoughts on how to become a game changer in your organization:

1.    Understand what DOESN’T change.  Until you know what doesn’t change, you’ll never be confident of what SHOULD change.  Your principles, values, Truth – in other words, what matters.  Figure that out first.

3.  Lose the distractions.  Some research indicates that when you’re interrupted, it takes 30 or more minutes to get back to that same level of focus.  How many of those can you stand before your day is shot?  Shut the door and get to work.

4.  Keep growing – even when it’s uncomfortable.  Never stop learning, because change only happens with new information.

Be a game changer.  In a world of unrelenting change, it’s the only place to be. 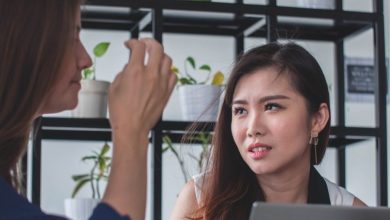