Worship music has won the Sunday morning song battle – there’s no question about that. Even in big traditional services, I’ve seen choirs in robes singing modern worship songs. (Admittedly, it looks strange to have a robed choir trying to be cool).

Make no mistake, I love worship music. My wife Kathleen and I often play it in the car driving around Los Angeles, and I listen to it from my phone on the road. But I also grew up before the worship music era. Back then I grew up playing the piano in church and signing classic hymns, so I have the perspective from both sides of the fence – and here’s what I’ve observed:

Worship music has given a platform to remarkable musicians in the church. I’m amazed at the skill level of many church singers and band members. And with more and more school music programs being dropped, church is becoming a powerful draw to young people interested in pursuing music. The Fender Guitar company recently released a study that confirms that one third of the guitars sold in America are sold to members of church worship bands.

Worship music has gained the respect of music lovers outside the church as well. Numerous worship albums have been recognized by The Grammy Awards, as well as received other secular honors. Whether they identify with the spiritual aspects or not, they recognize the high quality and excellence of many Christian artists.

It’s just good music. While I do have a beef with some simplistic songs (particularly those that repeat a single line 50 times or others that aren’t even scriptural), much in the genre is very engaging. Plus there’s a wide range of worship styles which makes it even more widely received and accepted.

But I do have one issue: The congregation doesn’t sing anymore.

In most churches today, the worship time has become a concert. People love the music, but they don’t know the words, and so they just watch. I visit churches pretty much for a living, and as I look around during the services, the vast numbers of the congregation are watching the stage and listening – not singing.

I get that classic hymns are a music style of the past. Back then (many of the best were written between 1750-1910) they were the worship songs of their day. They were contemporary for the times, and many were based on popular, secular tunes. But today, I understand why they’re not so popular in the same way today’s worship songs will be less popular 100 years from now.

So the question becomes – in spite of today’s worship music often being meaningful, well done and engaging, what have we lost when a few hundred members of the congregation stand there watching 5 or 6 members of the worship team do all the singing?

Is it more important to have great music, or for the entire congregation to sing songs of praise to God? Is it either/or? Or can it be both/and?

The bottom line is that if we don’t answer the question, we may be in a position where a generation from now, we’ll completely lose the idea of congregational singing at all.

And since the Bible tells us over and over again to sing praises to God, what will we have lost?

Photo by Kristina Paparo on Unsplash 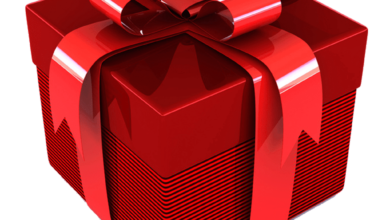