The role of the press during wartime has always been controversial. Most recently, the revelation from the New York Times about the government’s tracking of international banking transactions (Called “Swift”) in an effort to pinpoint the funding of terrorist groups. The New York Times defends the action as “the people’s right to know.” However, the White House claims it has crippled important work in the war on terror. Do some media organizations – like some politicians – hate George Bush so much they’d help us lose the war on terror? Or are people overreacting? Here’s the viewpoing from Hugh Hewitt in World Magazine
:

On July 11, the Undersecretary for the Treasury charged with tracking terrorist financing testified under oath to a House subcommittee on the impact of the June 23 press accounts detailing the CIA’s use of the international banking system, “Swift,” to track and capture terrorists.

Stuart Levey spoke of what the “scoop” by The New York Times and the Los Angeles Times accomplished: He said that for two years “I have received the written output from this program as part of my daily intelligence briefing. . . . I cannot remember a day when that briefing did not include at least one terrorism lead from this program. Despite attempts at secrecy, terrorist facilitators have continued to use the international banking system to send money to one another, even after September 11. This disclosure compromised one of our most valuable programs and will only make our efforts to track terrorist financing—and to prevent terrorist attacks—harder.”

Also on July 11 Dennis Lormel—a 28-year veteran of the FBI who, post 9/11, had been in charge of tracking terrorist financing—noted that the press revelation would help some terrorists elude capture: “It has disrupted some investigative techniques, and that is kind of troubling.”

Troubling, yes: Experienced counterterrorism officials across the country don’t want to pick fights with big newspapers, but the New York Los Angeles giants clearly gave terrorist networks a huge gift on June 23, one that may well keep many terrorists in the field longer than they otherwise would have survived.

To the chorus of denunciation, New York Times editor Bill Keller has repeatedly asserted that the terrorists “already knew,” but there is simply no evidence to support this astounding assertion and much to disprove it; in any event, knowing in general is far different from knowing specifics.

Eventually, when all things hidden are made open, the shame of this press disclosure will be obvious. That day may be soon, if a terrorist network strikes and we learn how it stayed in business by knowing details of the plans to stop it. 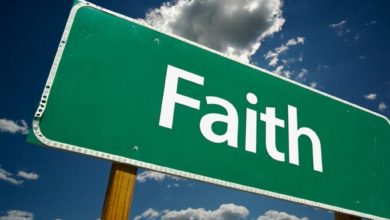 Managing Creative People: Are They a Little Crazy?