Time after time, I’ve consulted with various clients, who energetically take my media advice. Afterwards, a frustrated employee will tell me he’d been saying something similar for years, but leadership refused to listen. But now that they pay me to come in, suddenly they’re all ears. I’ve been on both sides of the equation and experienced it from both sides and understand the frustration. Very often, it really does seem that being an “expert from afar” has a mysterious hold over people.

But the concept is actually explained in, of all places, the Bible. In the scripture regarding how we as Christians are to engage the culture. Jesus used the illustration of salt in Matthew 5:13: “You are the salt of the earth. But if the salt loses its saltiness, how can it be made salty again? It is no longer good for anything, except to be thrown out and trampled by men.”

Why salt? Because salt has the ability to “season” meat. In ancient days, salt was the best preservative available, and to keep meat from spoiling, salt had to be rubbed in.  But one important element of salt is how different it is from the meat. To change something, you have to be different from what you’re trying to change.

What does that have to do with being an expert from afar? After staying too long at any organization, most people tend to lose their unique perspective and authority. Human nature being what it is, leaders don’t take advice as often from inside people because they seem curiously like the problem the leader is trying to solve.  That’s why he or she goes outside. Sometimes that outside advice is good, and sometimes bad, but it does afford the leader a badly needed outside perspective.

Salt changes things because it’s not like what it’s trying to change. Certainly being different means you’re not always celebrated, but it does mean you offer an outside vision.

When I was fired at 36 years old, I discovered something remarkable. The same ideas my old boss disregarded and sometimes made fun of, were the same ideas other leaders were willing to pay serious money to hear.

That’s the moment I launched my own company, and I’ve never looked back.

Has that time come for you? 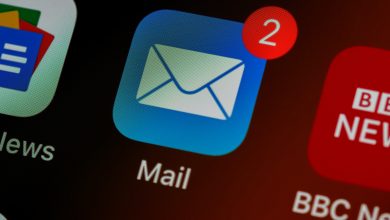