Fascinating new research provides more insight into why efforts at changing organizations usually meets with resistance from older leaders and employees. Up to now, most have attributed the resistance to the fact that older employees have invested in past ideas and aren’t interested in new ones. But the Wall Street Journal reports a new finding was discovered in an effort to track the progress of children who grow up too fast. Here’s what they found:

“In an experiment published in 2011 in the journal Developmental Cognitive Neuroscience, Dr. Wilbrecht and a colleague discovered that young mice learn more flexibly than older ones. The researchers hid food at one of four locations in a pile of shavings, with each location indicated by a different smell. The mice quickly learned that the food was at the spot that smelled, say, like thyme rather than cloves, and they dug in the shavings to find their meal. The experimenters then reversed the scents: Now the clove-scented location was the correct one.

To solve this problem the mice had to explore a new possibility: They had to dig at the place with the other smell, just for the heck of it, without knowing whether they would find anything. Young mice were good at this kind of exploratory, flexible “reversal learning.”

But at a distinct point, just as they went from being juveniles to adults, they got worse at solving the problem. Instead, they just kept digging at the spot where they had found the food before. The experiment fit with earlier studies: Like mice, both young rats and young children explore less as they become adults.”

The line “They just kept digging at the spot where they had found the food before” is what hit me.  After all, how many meetings have you attended where – for many certain employees – the answer to every problem is to continue doing what they’ve always done?  So it’s not always pride, over-confidence, or resistance other leaders.  It may be DNA.  It’s built into our systems. Sadly, this simply confirms what many of us believe, that as we grow older, we tend to rely on past experience to get us through new challenges.

But that doesn’t work. The study called it “reversal learning,” and it describes how we should always be ready to change gears, look at the problem in new directions, and be open to alternatives. Otherwise, we sit on our laurels, remind ourselves of how great we used to be, and like the mice in the study, slowly starve to death.

What are you doing to keep the creative juices flowing as you get older? 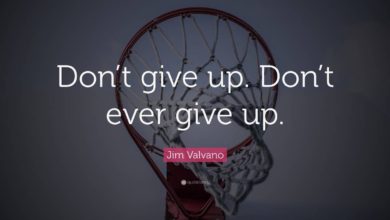 Why You Should Never Give Up!