I’ve been asked by a number of reporters my opinion on why Mark Burnett’s TV series on The Bible has been so wildly popular. It’s not hard to figure out, but I’m really quite amazed at the number of mainstream reporters who are baffled by it’s success. In most cases, I refer them to three reasons articulated very well by marketing expert Jonathan Bock at Grace Hill Media:

1) It’s popular because it’s agenda-free.   It’s not the usual provocative or speculative approach of “Jesus: Did He Secretly Marry Mary Magdalene?” Or “Jesus: Was He Gay?” It’s just the story of the Bible with no slant and no agenda.

2) It’s popular because it’s unifying.   There were more than 40 scholars, theologians, and pastors from the entire spectrum of Christianity involved in advising the production. It was designed to appeal to the wide range of Christians, not divide the audience.

3) It’s popular because not only does each episode have a compelling story arc, but the entire series tells the meta-narrative of God and how he deals with humanity.

But with few exceptions, I’ve dealt with reporters or seen other stories by reporters who are mystified at its success. But then again in a nation that has pretty much no knowledge of the Bible’s impact on Western culture, this is to be expected. I remember years ago after President George Bush made a reference to the “Walls of Jericho,” a network TV reporter responded that he had no idea what the Walls of Jericho were, but he’d check it out and get back to us.

I’ve said before that with an estimated 90 million evangelical Christians in the United States, the Christian community is the largest special interest group in America. Entertainment and media companies are only shooting themselves in the foot by not taking that audience seriously. 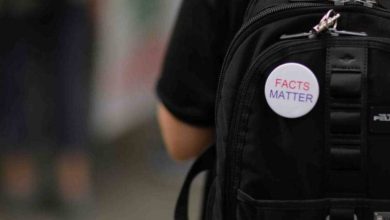