I’m always interested in examples of creative people doing Christian media right, and so I took notice when my friend Larry Ross recently sent me a copy of The Kingstone Bible, a graphic novel version of the Bible from Kingstone Comics based in Florida. It’s currently available in a 3 volume, full color, hardback set that adapts the entire Bible into the form of a graphic novel. A team of 45 artists, all with experience working for Marvel and DC Comics produced the illustrations. The 2,400 page project launched November 1st with a 60,000 copy first printing.

Publisher Art Ayris handled most of the writing with co-writers Ben Avery and Randy Alcorn. Ayris has a grand vision to use contemporary media – like comics and films – to attract younger people to the Bible and to an evangelical worldview. He put it this way: “Graphics and text together is exponential in its impact on readers.” His target market? Pre-teens, young adults, with a particular focus on men, 18-29. Ayris developed the concept when he was executive pastor at First Baptist Church Leesburg in Pittsburg, Texas. That’s where he realized the power of niche resources to reach different audiences. 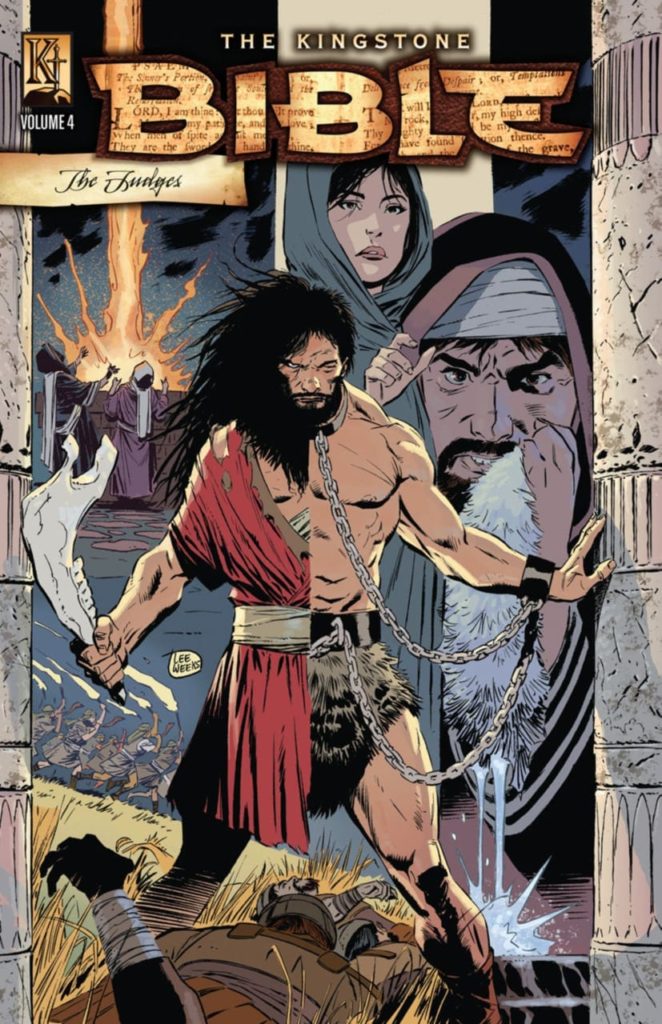 And yes – he’s received criticism from people who don’t think it’s appropriate to translate the Bible to a graphic novel form. His response? “These are the same communities who complain that people aren’t reading the Bible.” His endorsements for the project include Bible societies around the world who recognize the project’s potential.

The set isn’t cheap – it’s $75 for the 3 volumes, or $24.99 for each (A bit less on Amazon.) But once you see it, you’ll understand the massive amount of work and detail that went into the project.

Interesting stats about The Kingstone Bible:

– At 2,400 pages, it’s the longest non-serialized graphic novel ever published.
– It illustrates all 66 books from Genesis to Revelation.
– It features more than 10,000 illustrated panels.
– All images were done by hand with pen and ink.
– More than 45 industry recognized artists were involved in creating the project. Artists who have worked on projects like Spiderman, X-Men, Dr. Strange, Captain America, Daredevil, The Avengers, and The Incredible Hulk.
– It’s releasing in 3 formats in multiple languages.

For more information, you can check it out here.

I’m a fan of anyone trying to get the Bible into the hands of more people. But I’d also love to know your thoughts about a graphic novelization of the Bible….