A few years ago, I noticed something really interesting at a major Christian ministry.  It was a very respected organization, and the founder/leader was widely admired and had enormous integrity.  As a result of the leader’s long track record of excellence and earned respect, several of his executives in the organization (as his representatives,) were treated very respectfully by outsiders. So respectfully in fact, that their pride started getting them confused.

Some of them lost sight that the reason for all that respect was the founder, not them. But ego being what it is, they started acting like they were pretty important. They stopped taking phone calls from people like me, they expected to be treated in a deferential way, and they starting thinking of themselves as elitist.

The problem was, a few years later, this ministry leader retired, and all these executives were suddenly out of a job. And guess what?  They found out pretty fast that all those years, the honor and respectful treatment hadn’t been because of them, it had been because of him.

Needless to say, it was a shock that took them down a few pegs.  As a result, guess who they started calling again?  I helped a few of them get jobs, and it was interesting to see the mental realignment as they entered the real world once again.

The lesson?  Don’t get “confused” about your place in the food chain.  Ego and pride are difficult things to control, and they can damage your career and relationships for a long time.  If you work for a great organization or a great leader, know that when people treat you with great respect and honor, it may be because of who you represent, not who you are.

Come to think about it – that’s pretty true in the Kingdom of God….

The Price of Christian Celebrity Culture 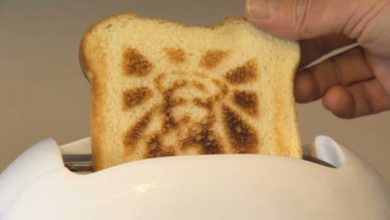 Jesus Toasters are Here in Time for Christmas!