Have you ever worked for an organization who had a low level employee in charge? Certainly not by title, but through his or her behavior, they virtually ran the organization. Here’s one I encountered a few years ago: An employee at a large Christian ministry was responsible for scheduling outreaches, volunteers, and equipment. The employee wasn’t a department head or on the leadership team in any way. However, the employee was a control freak and deeply insecure.

As a result, when someone questioned a decision, suggested a different action, or disagreed with him on anything, this employee was willing to go to the mat to fight it. So he’d argue, harangue, pitch a fit – whatever he had to do to get his way. Because it was a ministry with poor leadership, no one had the guts to fire him, and after awhile, people stopped arguing with him because it was just too much of a pain.

So they let him have his way.

Now, his superiors leave him alone because they are tired of dealing with him, and his co-workers leave him alone because they are sick of all the arguing. The result? The organization is essentially run by this bitter, ego-driven, control freak. He’s become such a pain in the neck, the leadership has abdicated their role rather than step in and deal with it. When leaders at any level are afraid of confrontation, and avoid their job of making hard decisions, they lose their ability to lead, because a vacuum will always be filled. Plus, they lose the respect of their team.

Have you ever seen an employee like this hold an organization hostage? 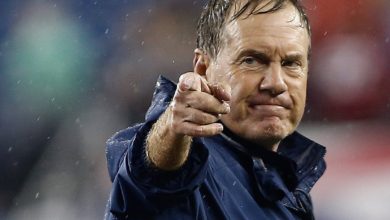