Whether you like Oprah or not, there’s an interesting lesson to be learned in her recent troubles with her private girls school in South Africa. Just in case you’ve been on another planet, some time ago, Oprah commissioned, founded, sponsored, and built a private girls boarding school in South Africa. It opened with plenty of Oprah-esque fanfare, lots of news coverage, and the typically emotional and visionary mission statements associated with such a venture.


Immediately, some of the parents complained because Oprah wanted to limited outside contact for the girls – including family. Her plan was sound. The fewer outside influences during the school year the better. But of course, sensing a good news story, people complained – loudly.

Next, they discovered one of the staff members was allegedly abusing the girls. Worse, I understand it was one of the American staff brought in by Oprah’s team. Bad news no matter how you look at it. It was easy to frame the story as the rich folks coming in to create a school where inside the walls abuse could happen.

But watching these events unfold was informative, and a great lesson for leaders of non-profits and religious organizations. Here’s a few thoughts:

1. If you live by the sword of the media, you die by it. In other words, if you choose to take you story to a national or international stage when things are good, then expect the media to come after you when times are bad. You’re making a deal with the devil, so plan on the blowback. If you want national coverage for the good stuff, then expect national coverage for the bad stuff.

2. Oprah didn’t hide or sweep anything under a rug. She went right to the press and told her story, and didn’t flinch. She was available for interviews, and wasn’t afraid to confront the issues in a public forum.

3. She made changes. Too many leaders ask for time to make sure the facts are in and the accusations are correct. Sounds good, but it can be a big mistake. In a media-driven culture, news travels fast, and to restore the public’s trust, move the problem out of the way – even before the case has gone to court or all the evidence is in. Yes, it might tarnish the reputation of an innocent person on your staff, but it also helps later if they are cleared, and can come back triumphant. And if you find they are guilty, you will be praised for taking action quickly.

4. Immediately create safeguards for the future. Create an immediate plan so this never happens again, and let the public know. Restoring trust is critical, and donors, customers, or supporters of any kind, need to know you can be trusted, and are ready to move forward with their best interest in mind.

Oprah’s been through a lot in the last year, but she’s responded in ways that could teach us all about how to lead during a crisis. 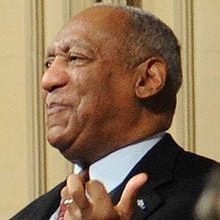 The Power of Oprah’s “Brand”