What do you do after your national spokesperson (or CEO or pastor) has been arrested? (Worse – for being a pedophile.)  That’s what Subway’s leadership is asking this week after the news that Jared Fogle, the former Subway spokesman, plead guilty to possession of child pornography. The federal charges state that he repeatedly paid to engage in sexually explicit acts with children and that he received and distributed child pornography. The documents also say that Fogle, 37, used Web sites for commercial sex and traveled extensively to engage in sexual acts with minors from 2007 until June 2015. So the question becomes – what’s next for Subway?

It’s an important question to ask, because this kind of crisis could happen to any business, nonprofit, or church. And unexpected revelations like this could destroy some organizations and certainly undermine their trust with customers, donors, congregations, and the public. So I asked a group of public relations and publicity experts what they would recommend to Subway and where they would start. Here’s what they said:

From Marika Flatt, Founder of PR By The Book in Austin:
“Subway needs to get out in front of the storm (although the storm has been brewing for a while) and take a firm stance that they have parted ways with him and are disappointed in his actions. They need to assure the public that they will never be associated with him again and then they need to make a significant donation to a children’s charity that works to fight these battles.”

Jonathan Bock, Founder of Grace Hill Media in Los Angeles:
“In moments like these, corporations typically hunker down and issue terse, lawyered-up responses. But Jared is the face of Subway – and Subway desperately needs a new face. I’d get my CEO out there doing as many interviews as it takes to put a new face on this brand. Show concern and compassion, agree with the tragedy of this situation, talk about being personally heartbroken by this story. These are, after all, someone’s daughters. Offer to give scholarships for the educations of any of the girls involved. And give $1,000,000 to a child trafficking organization. The smartest thing for Subway to do right now is also the right thing: show some humanity.”

One PR expert who declined to be identified recommended:
“No one in the media or public really blames Subway, and Subway is a well-known product and doesn’t need Jared to continue growing their business. So they should be alright with customers and investors. They don’t seem to be panicked and shouldn’t be. I will say this: Their new commercials will get heavy media attention (earned media… the best kind) for a week, so they should make it good. They should put several creatives in a room and let the ideas fly. So, as PR a move, I would do what they are doing and continue to separate themselves from Jared’s actions by expressing disdain toward the situation. The trick might be navigating the media after one of the victims decides to sue them, especially if it come to light that someone(s) inside Subway or its agency knew about Jared’s predilection.”

Then I asked Johnnie Moore, Former SVP of Communications for Liberty University, and now the President of The Kairos Company what he’d recommend long term. Here’s his response:
“There are five rules for crisis communication: (1) get ahead of the story (2) be responsive, brief and concise with a written statement (3) be humble and not defensive (4) be strong and not weak (5) no P.R. stunts – ever, but do change the story as quickly as feels right but only if it makes sense (i.e. it’s a good time, a few days later to announce some big and unrelated news…just to push the bad news down the page); also, there are NO rules for crisis management, because every situation is different.

Your goal is always to respond as clearly, quickly and respectably as possible – normally in writing – to satisfy everyone’s concern, and then get off the story as quickly by making new – and unrelated – news.

Speak in a way that satisfies everyone’s concern, as quickly as possible, and then shut up. Let your statement stand, but you better make sure you’ve thought through every word, the statement should only be a few lines, it should be perfect and written in a way that works in a developing situation. It should be frank and clear. You also shouldn’t make common mistakes either like mentioning your brand name in the statement, it just means you get mentioned a second time. (Subways issued the following statement: Subway …). You also don’t need to attribute the statement to a person; you can say “today, Subway issued the following statement.”

In the case of a paid spokesperson, first, your deal with a spokesperson should never endanger your brand to begin with. Your contract with the spokesperson ought to have a strong enough moral turpitude clause that allows you to suspend or even terminate your agreement at the slightest indication of anything that could be harmful to your brand, including rumors, and you should err on the side of “guilty until proven innocent” understanding that rumors are enough to require action because they are enough to damage your brand. All of this should be in your agreement with the paid spokesperson. You don’t have to take that action publicly, although many times it’s smart to, but you should always look out first for your brand because it’s what your customers expect. You start to act as soon as there are any indication there could be a problem, and you make sure you’ve prepared for every scenario. There are nearly always warning shots.

If you’re a church and your senior pastor or other leader has a moral failure, it’s a bit of a different story. The world has zero tolerance for religious hypocrisy, and you have to respond forcefully with moral authority. Someone has to take charge (not necessarily publicly), and normally it’s smart to outsource your response because the elder board or church leadership is too personally close to the issue to think and act clearly. Churches are often the least prepared for a crisis.”

———
Now that you’ve heard from the experts, what would be your recommendations? If this was your company, nonprofit organization, or church, what would you recommend they do next? 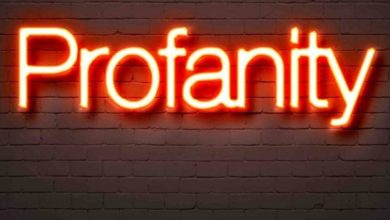 Should Christian Movies Use Profanity?