I had a great question in response to my blog poll yesterday on “Does Your Organization Have a Social Media Strategy?”  The question was:  “What does a social media strategy look like?  We use all the social media mediums in our church, and try to use them effectively – sometimes it works, other times it doesn’t – but what would be the first step in creating a social media strategy?” We should start with the the big question:

It’s incredibly simple, but it’s surprising how few people – particularly in media actually take the time to consider those steps and come up with the best solution.  If you’re involved in communicating a message, then you need to understand how it works.  So it simply means having a plan about what exactly you want to accomplish, how you intend to make it happen, and how you measure the results.  It’s not about random Tweeting, or posting Facebook messages.  When it comes to first steps, I asked Brian Boyd of Media Connect Partners what he’d recommend.  He replied:

“Step back and evaluate your goals. (Your organization’s goals and/or your marketing goals.)   An effective social media strategy starts with mapping your tactics to those goals”

I’ll write more in 2011 on social media, but for now, Brian’s exactly right.  Start with a goal – what you want to accomplish.  The old saying is right, “If you don’t know where you’re going, you’ll never know when you arrive.” 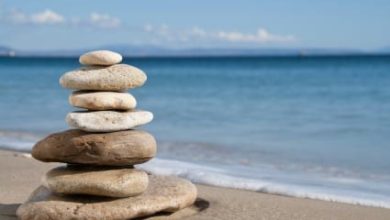 What is the Tradeoff for Success in Life?

The Devastating Power of GroupThink