Looking at the direction of the culture, the shape of trends, and the current challenges we face, here’s a handful of ideas to look for in 2016. I strongly recommend that you share this with pastors, ministry and nonprofit leaders you know, because from a media perspective, these are the critical areas that I believe we should focus our messages on in the coming year:

People will be looking for deep answers, not just “practical” advice.  The last 20 years has been a time of “practical” teaching in the church. It was based on the assumption (not always wrong) that people needed to look at the Bible for answers to everyday questions. But too many pastors started preaching shallow topics like “The 5 Keys to a Successful Marriage,” “3 Steps to God’s Healing Power,” or “The Secrets of a Better Prayer Life.” Many of those topics may have been helpful, but if you look at the Christian section at a typical bookstore, it doesn’t look much different than the secular self-help section. Our message has become Oprah in a “Christianized” package.

Colleges are getting the same message by the way. After the last 50 years of giving out “practical” diplomas in majors like Bakery Science, Bowling Management, and Gender Studies, they’re discovering that to really prepare students for life, it’s time to get back to a classical education.

Like those students, in 2016, your congregation will be looking for deeper answers. After all the self-help books, sermon DVDs, and small group resources have piled up the ceiling, people realize that life isn’t about easy answers or cheap grace. After all –

Where in the Bible does it say Christians should be living on Easy Street?

As a result, across the country, I’m seeing more and more pastors speaking for an hour or more on Sunday, and doing verse by verse in-depth teaching, and the crowds are coming in. So this year, I recommend you take people on a deeper journey. After all, while the Bible gives us plenty of practical information, it’s so much more. Don’t forget to teach the awesome power and mystery of our faith this year.

People will be looking for a LOCAL church.  One of the interesting business trends in 2016 will be the return of the local bookstore. After a decade of clicking all day, people miss the interaction of a local store experience. Plus, they finally understand that if you want to keep local stores, you have to buy there. As a result, local bookstores (and other stores) are experiencing a resurgence in cities and towns across America. I predict a similar feeling will happen in churches. So this is the year to promote your church as part of the local community. Instead of people driving 30 or more miles to a megachurch, they’ll be looking for a local congregation. That’s one reason large churches are aggressively planting local campuses. So this year, stop criticizing the big churches in your area, and start celebrating your local community. You’ll find more and more of your neighbors are looking for exactly that.

Polarized politics will be the perfect opportunity to offer a better way.  As the Left goes further left, and the Right goes further right, there are millions of people growing disenchanted with the answers government is offering. But to be that answer, we need to keep ourselves from being associated with a particular party. Encourage political participation, voting, and citizenship. Keep speaking truth to power. But to be the answer the culture is looking for, don’t align your pulpit with a political party. Start preaching the bigger answer they won’t find in politics.

This isn’t the time to soften our doctrine to become more attractive to the culture.  As Mary Eberstadt reveals in her book “How The West Really Lost God,” over the last 100 years, churches and denominations that have accommodated their theology to the culture have dramatically lost influence or disappeared completely. Don’t become a hardliner or jerk, but don’t be afraid to preach the truth. You’ll take heat, but ultimately, if you’re no more distinctive than the Kiwanis Club, then what’s the point?

It’s time to get serious about social media.  For all you late adopters, here’s a tip: The Internet isn’t going away. Facebook, Twitter, Instagram and other social media platforms aren’t just about letting your friends know you’re at Starbucks, or showing them a picture of your lunch. When you take social media seriously, and look at it as a tool to speak positive things into people’s lives, it will change your perspective – and your impact. And no church or ministry is too small to make an impact online. People are following you for a reason, so in 2016, start saying (and preaching) things worth sharing. In the process you can have a remarkable influence on people – many of which you don’t even know.

Themes that will resonate with audiences in 2016:

Freedom in Christ.  The current administration is now the most prolific regulator of all time. Its 82,036 pages of new rules and regulations for 2016 has surpassed last year (which was close to that number.) The government’s answer to societal problems is usually more rules. It’s a common human trait, and the Pharisees of Jesus’ day did the same thing. As Theologian R.C. Sproul says:

“One commentator has called this practice of the Jews “regulation madness.” This is what happens when people who have a disposition to control others’ lives begin to chip away at their freedoms and accumulate power for themselves. This has happened in every society in every culture in the history of the world, but the Pharisees did it with a vengeance. When I was doing my doctoral work in Holland, one of the first idiomatic expressions I heard was “You have trespassed the law.” The Dutch people were governed to death. If I broke a pane of glass in my house, I had to get written permission to repair it from the federal government. That is the kind of culture the Pharisees created in ancient Israel. We have seen this in the Christian community again and again. In some groups, Christian piety is defined as refraining from wearing lipstick, dancing, going to movies, playing cards, and so forth, as if these activities had anything to do with the kingdom of God. In one sense, when these kinds of regulations are established, authentic righteousness is not simply obscured, it is discounted. After all, it is easier to refrain from wearing lipstick than from displaying pride. It is easier to stop going to movies than to start loving one’s enemies. We have all we can do to seek the righteousness that God’s law sets forth for us without worrying about petty issues. The Pharisees were absolutely majoring in minors. They had turned the supreme law of God into petty regulations, which obscured the majesty of the law of God.”

Preach freedom in Christ to a world desperate for it.

Overcoming Fear.  Terrorism, and the rhetoric surrounding it is creating the most fearful culture in our lifetime. This is a critical moment to remind people that God is in control – even in the most difficult situations. And this fear isn’t just the surface emotion people talk about, it’s also the deeper sense of angst that we carry like a burden. We worry about our kids, are fearful for our job, and are terrified about the safety of our country. In 2016, preach a message that will help people find comfort and confidence in God, and in doing so, they’ll share that message with friends.

Build better families.  Keep in mind that “the family” is one of the biggest hot button issues of our time. What all the people trying to re-define the family don’t seem to notice is that the more it’s re-defined, the more it continues to collapse. In a world where divorce, pre-marital sex, single motherhood, foster care, violence, abortion, and LGBT issues continue to be headlines, the single greatest impact we could make is to lead by example. If we lectured and condemned the outside culture less, and started making our own families stronger, the culture would notice. What if the Church became the one group in America that had the highest percentage of healthy, intact, loving families? I believe outsiders would be curious to find out why.

Finally, Share Joy:  Just listening to the presidential debates, you’ll see there isn’t much joy out there. I believe one of the most visible differences that should separate Christians from the non-believing culture is joy. I’m not talking here about simply having fun (although that helps), but I’m talking about a much deeper sense of joy. The kind the culture finds irrational, because in the times we live in, they can’t fathom its source. If we could become the people of joy the Bible talks about, trust me, in 2016, this culture will notice and start asking why.

This is a good list to start focusing on as you teach, broadcast, and share your message online. And I’m open to comments and suggestions about these and other ideas that would be particularly effective in today’s culture. 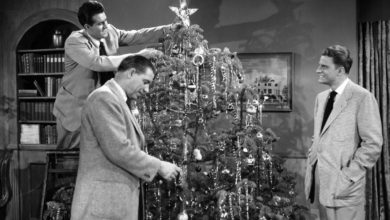 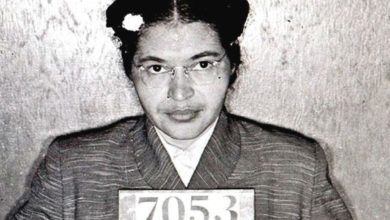 Influence is About Giving Permission

How To Introduce A Speaker