For the last number of years, The National Day of Prayer Task Force has met annually with all of their volunteer prayer leaders from across the country, in a different city every year, in order to get a perspective on how to pray for the different areas of need in our nation. Last year they went to Washington DC for the first time, but they’ve been to quite a few other cities. For this year, they decided to hold it in Hollywood.

Called “The Summons,” it will focus on influencing the center of culture rather than the center of government. It’s a great idea, and as a Board Member of the Hollywood Prayer Network (a partner in the event), I’m looking forward to attending. However, this year, we noticed something unusual. Once the decision was made to move it to Hollywood, the registrations dropped significantly. We investigated, and here’s an idea of the many responses we’ve received from people who have attended in the past:

– Why in the world would we pray for Hollywood or the entertainment industry?
– Is it even safe to come to Hollywood? I’m not sure I feel comfortable there.
– Are all of the people you’re having as Hollywood speakers really Christians? Because I don’t want to sit under the spiritual authority of anyone who isn’t. (Interesting that this question hasn’t been asked about other cities.)
– Why should we focus on people in Hollywood when we should be praying for our government leaders?
And of course the obligatory:
– Will we meet any celebrities?

Obviously, not all attendees feel that way, and many are still coming.  But after seeing response after response from people who either don’t understand why Christians should pray or be involved in culture, or who have this notion that Hollywood is the Wild West, was a bit of a shock.

The truth is – there has never been a better or more significant time to pray for the entertainment industry.  Tim Keller has essentially said that churches can’t NOT be involved in culture. When we step aside, that simply allows other influences to enter that arena.

What about you?  I would love to see a record attendance at this year’s event. It’s not too late to register, and it will be an incredible time to meet with other Christians making a difference from the inside, and hear the success stories of how God is working in this industry. Come be part of something significant, and let’s show the world that God does indeed care about our culture – and the thousands of men and women who work there. 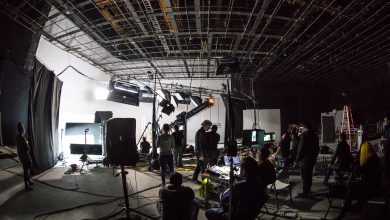 Behind the Lines: The Rise of Christians in Hollywood

A Fascinating Meeting Between the NRB and Walt Disney Studios