There are a lot of bad ideas out there. Truthfully, looking back over my career, I estimate that easily 50% of my ideas have been terrible, 30% OK, 15% pretty good, and 5% stellar. But here’s the rub – to have good ideas, you need to have a lot of ideas – and plenty of those will simply be bad. So what can you do with a bad idea to turn it around? One word:

Sometimes, it only takes a minor tweak to turn a bad idea into a good one. So stop tossing bad ideas away without thinking, and play with them a little. In a brainstorming session or creative meeting, don’t be a jerk or make anyone defensive, but keep asking “why?” Even with your boss, push back a bit with the question.

“Why” is a powerful word that has transformed many mediocre ideas into excellent ones.

Jonathan Taplin, Director of the Annenberg Innovation Lab at USC put it this way in a recent issue of Fast Company:

Let’s say you’re running an ad company and a big brand executive comes in and says, “We need to have a presence on Facebook.”
You would say, “Why?”
And the guy would say, “Because all of our competitors are on Facebook.”
And you’d say, “Why?”
Because they want to position themselves as forward looking and youthful.
“Why?”
Because they want to make more money with young people.
Now, we’re getting somewhere.

Start asking why, and start amping up the quality of your ideas.

How about you? Has “why?” been a good idea word for you?

If Your Organization Went Out of Business Tomorrow, Would Anyone Care? 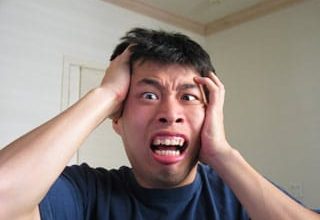 Enough With All the Drama!