There’s been a lot written about Tiger Wood’s last couple of years.  At the time of his automobile accident and the revelation of his personal infidelity problems, he was dominating the game of golf.  From 1999-2001 and again from 2005 – 2008 he literally owned the game.

But now – even though he’s physically at what could be his peak for playing – the question becomes can he ever climb that mountain again?  The jury is certainly out, but one thing that he’s lost is the perception game.  Back in those early years, he was an incredibly intimidating player.  Golfer Tom Weiskopf, who played against Nicklaus and Hogan says Tiger was far more intimidating than either of those legendary players.  He recently said, “The way he was marketed, the answers he gave, the aura of invincibility.  There was practically an ‘S’ on his chest.”

That brings up the perception issue.  Whatever the cause, and whatever the reason, once you’ve shown a crack in your armor – even after forgiveness and even restoration – you’ll never be perceived the same again.  If it’s a sexual, financial, or other transgression, you may be forgiven, but it will be very difficult for people to look at you the same.  If it’s a poor business decision, you’ll have lost the (incredibly important) confidence of the people you serve.

In Tiger’s case, that “aura of invincibility” may well be over.  Now, other players are dominating the game – players who aren’t as intimidated of Tiger as others used to be.  For a leader, it’s not always about intimidation.  But leaders need to command respect, and make their team feel like they have a vision, can make the clutch decisions, and have self-control.  Mostly, it’s about trust.

Once you’ve lost that perception, it’s difficult to ever take the lead again, and certainly difficult to re-gain that  trust.

Why Plan B Matters for Creative People 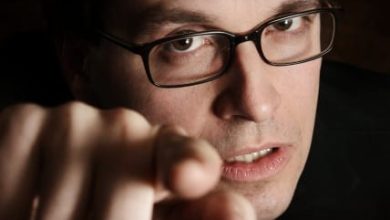 Don’t Tell Me About the Labor Pains. Just Show Me The Baby.