I’ve spoken at the Ultimate Life Conference, and one of the speakers is an old friend – Delatorro L. McNeal, II, a professional speaker and performance coach. “Del” is one of the most motivated people I’ve ever met, and we became acquainted when he was on the set of a television program we were shooting.

Del told me that early in his life he found himself stuck in a terrible family situation and, as a result, he was labeled an “at-risk child” by the local school system. As an African-American young man, he was trapped in the inner city with limited options and after a few years the “at-risk” label stuck. He began to view himself as at-risk and soon realized that label dictated his future.

But one day in elementary school, he met a teacher who changed his life. She sat him down, looked him directly in the eye, and said, “Delatorro, you’re not a child at risk, you’re a child at possibility.” In a single moment she changed his label from one of risk to one of possibility, and in that moment she changed the way he viewed himself and his world. Since that time Del has spent his life helping other people overcome their labels and see their future in a different light. It’s all about conditioning.

Today in his presentations to young people, he illustrates the power of conditioning with the results of a study done on fleas. When researchers put a group of fleas in a container with a lid, they immediately tried to jump out but then hit the lid. Even with the tiny intelligence of a flea, it didn’t take long for them to realize that when they tried to jump out of the container, it hurt. Not long after, the researchers took off the lid, and guess what? The fleas did not jump out of the container, even though without a lid it would have been an easy leap to freedom.

The lesson hits young people like a rocket. Whatever you’re conditioned to do, you’ll do it whether the conditions continue or not. Label a child a loser or at risk, and he’ll consider himself a loser or an at-risk child for the rest of his life. It’s all about the power of habits and the labels those habits represent. But jolt a child’s thinking by calling him a champion and see what happens. If you had a tough childhood, think of how your life might have changed if your parents had encouraged you more, believed in you more, and considered you a champion in life. And imagine what would have happened if those beliefs had become habits.

As I stood there listening to Del, I thought about the millions of young people around the country who are regularly told “You’re stupid” or “You’ll never make it” or “You’ll never amount to anything.” Those labels are thoughtless, ignorant, damaging, and destructive.

Never forget the power of labels—in your life and in the lives of others.  Have you experienced either positive or negative labels in your own life? 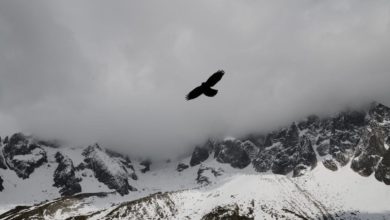 Is It Time For You To Rise Above? 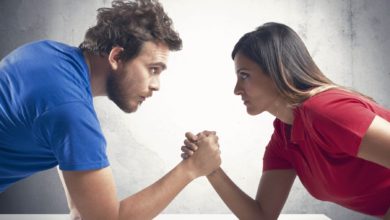