What’s the most misunderstood staff position at a typical church? I’m sure there are many answers, but I asked my friend and social media expert Steve Fogg about his experience. I was fascinated by his answer:

With the rise of the digital native generation in our world I feel like we need to have conversation about one staff role that most churches get wrong.

Before I dive in, let me explain what digital natives are. They are our younger generation that is now entering adulthood. For as long as they have known, smartphones and social media has existed in some form. You can usually tell a digital native by the fact they have no idea what ‘VHS’ is. The other tell-tale sign is that they have an uncanny ability to walk and focus on their phone while walking. And not walk into posts.

Oh and being on all things digital just is second nature to them.

This generation in the next decade will be the predominant generation. In the past the tech savvy person would be encouraged to join the production team. Working on mixing desks, cameras, audio or providing tech support. All that fun tech stuff. Some of the roles within those teams are easy for a tech-minded person to pick up and manage on a volunteer basis.

But I’m now seeing a new trend emerge. That ‘digital native tech savvy young person’ is being directed to look after the church’s social media accounts. Because, ya know, they are tech savvy.

Here’s the big mistake that church’s make: While social media needs a certain level of tech savviness. Social media is meant to be social. Used well it is a brilliant opportunity for a church to reach its community and create a social dialogue. The average tech person doesn’t necessarily have the right skill-set for the role. While this may be a generalisation, many technically minded people aren’t incredibly social minded. Sometimes the two don’t add up.

Some of you are asking, big deal. So what? Your social media platform is the digital front porch to your church. It can leave the best or worst first impression. And we all know you don’t get a second chance at making a good first impression.

That’s why on stages for example, churches have their best musicians, vocalists and communicators. We are experienced at putting the right people in the right roles in that area. For example, In the service leaders role you want someone there who isn’t nervous, shuffling notes, fumbling their lines and can communicate extremely well from the platform.

I write more extensively about this in The 4 C’s To Creating Great Social Media (It’s Not What You Think).

If that isn’t enough, Facebook recently announced the biggest change to the platform in the last five years. They are shifting from an emphasis on Facebook pages, to Facebook groups. It’s a huge deal for churches. Your Facebook page will now shift to become your external focus (front door) and your church’s Facebook group will be your primary online discipleship tool (some churches are even calling them a campus).

Your Facebook group will need again need someone who loves to engage, chat and minister to your congregation in the group. Kind of like a Facebook Pastor. Or you can invite your existing pastoral staff team to engage and lead in the group. (Check out Facebook’s Official group eBook for church’s here)

Your Facebook page isn’t dead. It’s still needed, as it is your digital front porch and primary external expression that your community will see first. But to you need to create ‘engagement style’ content that your congregation will engage in. I grew my churches Facebook page from a few hundred to over 125,000 using this strategy. You need a person who knows how to grow your external reach. They may be a digital native or not, but they are growth focussed. They live and breathe wanting to reach more people.

Neither of these two roles fit into the stereotypical ‘tech savvy’ person. That person may have some of the qualities you need, but they could be a barrier rather than a blessing to growing your church.

Pastors: Don’t Be Upset That Only 15 People Are Watching Your Livestream 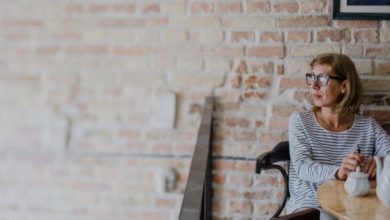 The Illusion of Controlling Your Perception