During the last few years, you may not realize the surprising number of high level leaders who have been dismissed, fired, or are under investigation essentially because they were jerks. Business executives, pastors, nonprofit leaders – many of whom had built very effective and high-regarded organizations – but their abrasiveness, rudeness, and insensitivity finally caught up with them.

Sometimes it starts with ex-employees finally speaking up, in other cases it’s board members who have had enough, and still other cases, current employees can’t take it anymore and decide to go public with their frustrations. No matter how it happens, it almost always ends badly for the leader.

Remember – this is the age of social media, and the momentum of critics can build so quickly it’s impossible to stop. There have even been a few cases where there were bigger problems with the leader such as financial deception or mishandling funds, but it wasn’t those issues that brought him down – it was being a jerk that exposed everything.

The lesson here is that being overly abrasive or simply a jerk could be the most significant vulnerability you’ll ever have as a leader. And make no mistake about two things:

It’s about healthy relationships with your staff, contractors, and vendors. It’s about learning people skills. It’s about kindness and being gracious. It’s about using your authority to help others grow.

It’s about not being a jerk. Simple as that.

But here’s the thing: Most of us would look in the mirror and say we’re not jerks. But chances are, some leaders reading this are on that road but just don’t realize it yet. So take an inventory. Ask people around you. Study your behavior with people. How often do you fly off the handle? How often are you short with people (even if you think it’s justified)?

Because no matter how important you think you are, you’re never important enough to be a jerk about it.

Are Dress Codes a Positive or Negative Influence for Your Team? 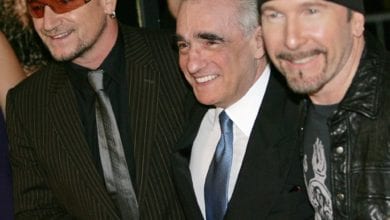