My friend Emily Hibard is a Renaissance woman. After studying Modern Political Thought at Oxford University, she earned a graduate degree specializing in Nonprofit Management, from California State University which culminated in a successful book series for launching nonprofit organizations called Starting Your Nonprofit. She’s also held public office in Los Angeles, climbed Tanzania’s Mount Kilimanjaro, kayaked in Antarctica and the Arctic Ocean, boated down Vietnam’s Mekong Delta, walked Israel’s Via Dolorosa, and before her 30th birthday, traveled to all seven continents. Did I mention she founded the “Idle Tuesdays Recording Studio” for the purpose of finding talented musical artists and helping them launch their career? Yeah, she did that too.

As if that wasn’t enough, just in time for Father’s Day, she’s just produced a feature documentary film called “Honor Project Documentary.” Although she’s normally running at full speed, I managed to slow Emily down long enough to ask her about the movie:

Phil Cooke: Where did the idea of the Honor Project come from?
Emily Hibard: From a ministry perspective, I’ve been reaching out to women in the commercial sex industry for over 10 years. All of the women I’ve worked with had messed up, abusive, dysfunctional relationships throughout their childhoods. Hmm. Why do so many of the daughters of bad dads (addicts, alcoholics, workaholics, sexual abusers, rejectors, emotionally absent, etc.) end up selling their bodies for money?

Identity is clearly under attack in this country. Many angry women are expelling a lot of energy “fighting for” what I, Emily, have had my whole life. How did I know I had it? My Dad told me I did. Growing up, hearing things like “You’ll never be the strongest Em, you’ll need to be the smartest” and “You’re just as pretty, smart and capable as everybody else,” and “Protect yourself at all times. Be on your best behavior. And remember, never be afraid to throw the first punch” were staples of my childhood.

As I got older, I applied his wisdom with laser focus. It wasn’t too far into my twenties when I realized people don’t really care if you’re a guy or a girl if you’re the only one at the table who can solve the problem. I mean, I’d never even heard of the phrase “glass ceiling” until I was in college. Glass ceilings don’t exist in my world…because of my Dad.

I am the result of my Dad, an ordinary guy who got married, had some kids and worked hard to make sure we had the things we needed. My Dad was born in Compton, California and he didn’t get to where he’s at today because he felt sorry for himself that he was born in the hood.

Masculinity is under attack in this country too. Just because my Dad is “masculine” doesn’t equate to me being demeaned or less than. Nope. He’s masculine and strong and anything I accomplish with my life is because I’m standing on his shoulders. He wouldn’t have it any other way.

I wanted to do a documentary on regular Dads, and I wanted it to be unifying. In my opinion, it’s much harder to bring unity than division. All we’re seeing on the media today is division…it’s like grabbing low hanging fruit. I wanted to do a documentary on Dads to inspire young men and guys who are already Dads to be the very best dad they could be. And I wanted to show people, who may not have had a Dad, that they could be great parent if they choose to.

I guess in a way, Honor Project Documentary is just the world’s most expensive Father’s Day gift for my Dad 🙂

Phil: This is your first movie project. How did you go from an “idea” to actually start filming?
Emily: I did one main thing between my “idea” and filming. I called my friend Sarah LaSpisa (we used to do strip club outreach together) and asked “If I were to do a documentary, what would I need?” Our “theoretical” conversation lasted no longer than 25 minutes and included things like get some cameras, a field recorder, some lights and b-roll. Get lots of b roll!”

After that, I called Azusa Pacific University and BIOLA’s film schools, said I was a production company, and recruited summer interns. Sweet! I had my very first crew!  Then, I scrolled through my iPhone contacts and started making calls. “Hi! I’m doing a documentary on fatherhood and I think you’re a great Dad. Do you want to be a part of it?” A few phone calls later and me and my crew were off to the races.

When I mentioned the documentary to my own Dad, he said “For my part, I want to drive to the Arctic Ocean.” Riiiiiiiiiiiight. About 5 months later I spoke with Sarah LaSpisa, I called her back and said “Okay, I did everything you told me to do. Do I hire you as my editor now?” Silence. “Emily, you shot a documentary?!”

Phil: What do you really want to accomplish with the film?
Emily: First, I want people like me to practice honoring their father. All things considered, we all have the ability to honor our father. It changes everything and leaves the enemy empty handed. Second, I want men and fathers to know we need their strength, attention, and affection. When men abdicate their Biblical roles, we women are forced to take up the slack. We become survivors, and life is a much more beautiful place when women aren’t stuck in the deep end treading water for dear life. Finally, I want to let men, all around the globe, know I’m cheering for them.

Phil: Where can people find out more information about the film?
Emily: They can go online to:
www.HonorProjectMovie.com

Phil: Do you have your sights on your next project?
Emily: There’s already been quite a bit of interest in the documentary, and people are wanting to learn more about each of the Dads. So, we’re creating Honor Project Documentary: Small Group Study for Men, created specifically for Christian men. 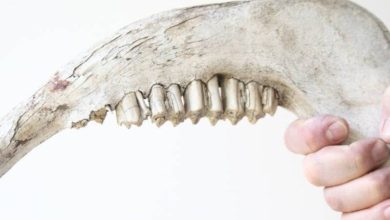