I’ve been privileged to be an Executive Producer on the feature film “Let Hope Rise,” that tells the story of the world’s most popular worship band – Hillsong United, based at Hillsong Church in Sydney, Australia.  Film distributor Pure Flix will be releasing the movie to theaters nationwide starting September 16th.  We’re proud of the band, the movie, and thrilled that a global audience will see the story of a church worship band that’s sold out venues like The Hollywood Bowl, Red Rocks, Madison Square Garden, and other world-class venues.  The film gets to the heart of what motivates them to do it and the challenges they face in the process.

My wife Kathleen and I watched the latest with the movie’s producer Jonathan Bock, and Hillsong founder and pastor Brian Houston.  It’s a great experience – and it’s being released in Surround Sound so you’ll experience the music as if you were right in the venue.  Mark your calendar, load up your friends, and start sharing this post.

The world needs to see why worship music is impacting millions of people around the globe. 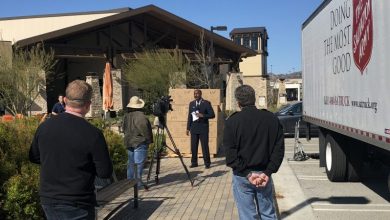