Years ago, at the National Religious Broadcasters Convention in Nashville, I presented a standing room only workshop on the “10 Biggest Mistakes Christians Make in the Media.” Sharing all 10 will take too much space, so here’s my top five.  I’d love to hear yours:

1.  We’ve Forgotten the Power of Creativity. It’s interesting that God introduced himself to us in the first chapter of Genesis as a “creator.”  But for people made in His image, we’ve really dropped the ball.  During the Middle Ages it was Christian artists, writers, and sculptors who led the world in creativity.  But today, we’re more likely to simply rip-off the secular culture.  In fact, I had one pastor tell me that the word “copyright” actually means “your right to copy.”  I walked through a local Christian store the other day and the shelves were filled with “Testamints:  The Breath Mint with a Scripture,” a Cross USB computer drive (because Jesus saves?), and a “Jesus Died for MYSPACE” in Heaven” t-shirt. And most Christian TV and radio programs?  Don’t get me started.

2.  We Don’t Understand Perception. In today’s distracted world, your message matters, but we can’t forget how you present it.  Most cable TV systems have 300-500 channels plus there’s billions of websites and social media apps, so our media choices are pretty much unlimited.  In my experience, most people with a remote take only 2-3 seconds to decide which TV channel to watch.  In that context, it doesn’t matter how anointed your message is if they don’t watch long enough to hear it.  The bottom line is that in this cluttered age, how you’re perceived is the key to someone making a decision to listen to your message.

3.  We Don’t Speak The Language of the Culture. Just turn on a typical Christian radio or TV program and you’ll still hear a language the secular world doesn’t even begin to understand.  Phrases like washed in the blood, justification, sanctification, born again, prophetic anointing, impartation, should the Lord tarry, pray through, personal relationship with God, and more litter religious media.  But I’ve scoured the scriptures and just can’t find any place where Jesus used Christian “lingo.”  Jesus spoke the language of His culture.  After all, does anyone at your office stand around the water cooler and say things like, “Bob, after work on Friday, let’s go to the local bar and have a mighty time of fellowship?”  Want to get your message heard?  Drop the lingo and speak their language.

4.  We Don’t Understand The Power of a Name. In a cluttered media world, names matter.  I have a lot of choices, so why should I take the time to hear your message if the name of your church, ministry, media program, or book doesn’t engage me?   Traveling around the country, I’ve seen churches like Hooker Church of Christ, Runs Baptist Church, Colon United Methodist Church, and Cooter United Methodist.  Other churches named Hygiene, Sleeper, End Times, and even King James Bible Baptist. (I’m not making this up.)  I’m sure these are wonderful churches attended by terrific people.  But how many outsiders have seen those and other similar names and just passed on by?  (Probably with a chuckle).  Corporate America spends hundreds of thousands of dollars hiring companies to find just the right name for products and companies, and they do it because a great name can covey meaning, confidence, and trust.  Want people to take your church, ministry, book, or other project seriously?  Take a closer  look at the name.

5.  We Don’t Recognize the significance of a Niche. Ask a typical pastor or ministry leader about his mission and he or she will tell you something like “To reach the world for Christ.”  It’s a noble sounding mission, and hard to argue with the intention.  The only problem is that it’s an impossible goal and only sets you up for failure.  When you study the life of Christ, you realize there were plenty of people who walked away from his message.  So if Jesus didn’t reach everybody, then chances are, neither can you.  So the question becomes: Based on your specific calling, talents, and area of expertise, who’s the group that’s most likely to respond to your message?  Figure that out, and start with them.  The world understands the power of niches. When I was a kid in the 60’s there only a handful of major  magazines in the country.  Today, there are literally thousands covering all kinds of subjects.   A few years ago, my wife Kathleen and I bought a classic 1967 convertible Mustang.  Shortly after, I realized there were 17 different magazines published just for classic Mustang owners.  The world is focused on reaching target audiences, because with very few exceptions, that’s what works.

After writing my book “Unique: Telling Your Story in the Age of Brands and Social Media” I would often ask pastors and ministry leaders:  “If I held a gun to your head and said you could preach only one message for the rest of your life, what would that be?”  Some will answer “God’s grace.”  Others respond that they would teach about forgiveness, Bible prophecy, worship, leadership, or family relationships.  What’s your greatest passion?   It’s not that you only teach on that one theme, but that theme becomes a filter that everything you teach passes through.  Figure out yours, because once you do, people will notice.

The key is to start with the smallest niche possible and work out from there.  The woman who’s won the most Grammy Awards in history isn’t Celine Dion, Beyonce, Barbara Streisand, or even Aretha Franklin.  The number one Grammy winner of all time is bluegrass sensation Alison Kraus.  Why?  Because she found a niche and mastered it.  As a result, she’s become internationally recognized as the best in the world in that niche and is now known everywhere.

Master your niche, and the world will notice.

The media matters.  After all, what does it say about the culture in which we live that the recent Egyptian uprising was led by a Google employee?   If we’re going to share our life-changing message with a culture desperately in need, then we would do well to master the techniques for getting your message heard, and understand the power of today’s media. 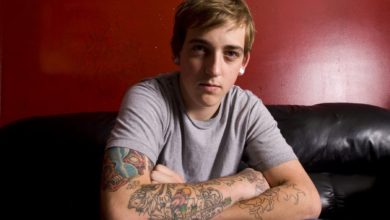