The black boxes from the Air France jet that crashed into the Atlantic years ago have been analyzed, and revealed something unexpected.  Yes, there were serious problems on the flight.  The aircraft experienced unusual icing at 35,000 feet, which apparently made airspeed-indicators and other external sensors unreliable.  As a result, alarms went off.  Faulty systems reported inaccurate information, but at the time, the pilots had no way of knowing what was right or wrong – they just had to deal with the problems.

Which brings us to the preliminary findings: the pilots apparently became so distracted with the faulty instruments, they failed to deal with the normal operations of the aircraft.  As a result, something as obvious as engine thrust was overlooked in their frantic efforts to solve what they believed to be a bigger problem.

I’m not an expert in aircraft safety, but when I read the report, I immediately thought of leaders I’ve worked with in the past.  In any organization things go wrong.  Worse, sometimes things appear wrong when they really aren’t.  Either way, warning signs light up like a Christmas tree, and you desperately want to fix the problem.

But in many cases, leaders get so caught up in trying to fix immediate problems, they fail to execute at what they know best.  In other words, in a well intentioned, but failed effort to fix extraneous problems, they stop focusing on what the company should be doing.

In business, with non-profits, and apparently with aircraft, never lose sight of the “main thing.”   Problems come and go, and yes – some have the potential to crash the organization.  But taking your eye off the ball – for any reason – will lead to disaster for sure.

Whatever happens, keep a relentless focus on your purpose.  Don’t let distractions – no matter how serious – divert your attention.

No matter what – keep your eyes on the main thing.

Have you experienced something like this at an organization?  I’d love to hear about it. 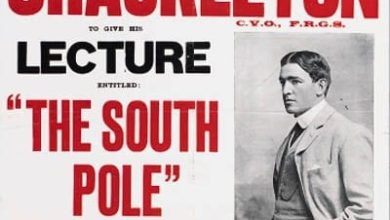 Fixing Problem Employees: Keep Them Near The Vision