I love pastors. I work with them regularly and have the greatest admiration for what they do.  But when it comes to outside criticism, bad PR, or being attacked in the media, a significant number of instances are caused by pastors themselves – and I’ve discovered a number of common threads those pastors share. Nothing here is a theological or doctrinal issue, but they’re all red flags when it comes to outside media’s perceptions. And in today’s instant message, social media world, those perceptions matter. You may not care today, but I can name you many pastors and leaders down the ministry road who wished they had. Here’s the most common ways pastors and ministry leaders shoot themselves in the foot:

1) They overdo the “respect” thing.  I completely understand a pastor’s desire to teach new converts the importance of respecting the office of pastor. But many simply go too far. Before a meeting with one pastor, I actually had his assistant phone to warn me I needed to call him “Pastor,” and never just his name. But the truth is, respect isn’t demanded, it’s earned, and when it’s overdone, those outside the church assume it’s a cult. That’s why the secular media comes down so hard. Plus, two of the most respected pastors in the country – Jack Hayford in Los Angeles and Jack Graham in Dallas, each just go by “Jack.” No titles, no pomp, no ceremony. That’s because they’ve earned respect and don’t need to remind anyone of their titles.

2) They buy an ostentatious house.  Want to toss a red flag to a media bull? Buy a huge house. It doesn’t matter whether you deserve it or not or can afford it or not. If a house is so large it can’t be photographed well from the street, then don’t buy it. It doesn’t mean you should live in a trailer, but the truth is, pastors living in mansions are like catnip to reporters, so you can avoid a lot of PR pain by simply not going over the top.

3) They overdo security.  We need to protect our kids at church, and we need to ensure everyone’s safety – especially in this crazy world we live in. But that doesn’t mean you need an armed guard to walk you from your car to the church. I visited a church in California recently with an entire fleet of armed security guards stationed throughout the church. Walking into the lobby, it felt more like airport TSA than a church. I have a friend who’s a former Navy Seal and provides protection for a few top professional golfers. He never looks like a security officer. He puts on golf clothes, fits into the crowd, and is invisible – until he’s needed. Some pastors should think less about using security to support their ego and more about actual safety for the congregation.

4) They’re not accessible.  Too many pastors rarely show up at the office, rarely spend time with their staff, and create a barrier between them and everyone else. If your team is going to execute your vision and communicate your message, they need to spend time with you, understand your DNA, and know how you think. You don’t have to be best friends with everyone on the staff, but if you don’t walk through the factory on a regular basis, you’re undermining your own calling and ministry. Want to build resentment among your staff? Cut them off.

5) They don’t do background checks during hiring.  It would take too long to list all the church employees that seemed so nice and had a great resume during the interview, but later turned out to be racists, sex addicts, thieves, have anger problems, and more. Call the references. Do a background check. Find out the truth. Being lazy on the front end of hiring can really damage your reputation down the road.

6) They’re too trendy.  I’ve written here about the actual definition of “relevance” and it has nothing to do with preaching in jeans, t-shirts, moving lights, or fog machines. I like all that stuff, but if you’re not careful, over time it can add up to “shallow” in the minds of your community. Look like you honor the spiritual office you hold. Don’t always show up dressed like you’re still in high school. It doesn’t mean you have to go back to a coat and tie, but if you’re in this for the long haul, simply be aware of how people perceive you – because it matters.

7)  They make fun of the local media.  Huge mistake. Like them or not, local news media can damage your ministry more than you know – and on the positive side, they can help more than you know.  They’re speaking to a lot bigger audience than you are.  So speak the truth, but never try to “get back” at local media.  It will always come back to haunt you.

My CPA tells me that there are some tax deductions that are perfectly legal, but are a red flag to IRS auditors. It’s the same way with the media. Nothing on this list is sinful or illegal. I’m not telling you not to do these things, I’m just telling you it’s the quickest way to generate negative media attention.

Which would you rather be? 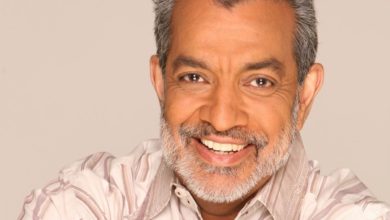 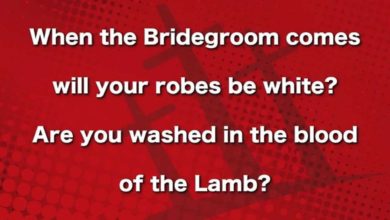