Throughout the history of the Church, pastors, leaders, and communicators have struggled against the various cultures in which they found themselves.  For the early church, it was the brutal Roman occupation.  For Europe during the 17th century, it was the Protestant versus Catholic conflict.  For the German church of the 1940’s it was Nazi oppression.  Today it’s repression in places like the Middle East and China, or post-modernism worldwide.  In every case, any  believer who attempted to present the their message in a relevant way knew they had to recognize and understand the cultural framework of the time in order to
be a more effective communicator.

Today in the West, our present cultural framework is the power of global media.  Media is culture.  That’s why our challenge today is how to express our faith in a media-dominated culture.  How to tell our story alongside the maddening swirl of media “clutter” –  TV, radio, computer, digital music player, Internet, mobile phone, and other  technologies competing for our attention.  How do we get the message of the Church heard through the massive and growing wave of media static out there?  Today every pastor in America struggles with the question of how do we tell our  story in a media driven, consumer oriented culture?

Whether your goal is to share a message of faith, raise money for charity, preach the salvation message, build an inner-city outreach, or give your audience hope, living in a media driven culture has created new rules for communicating your message in the 21st century.

In my book: “Unique: Telling Your Story in the Age of Brands and Social Media,” I share the keys to cutting through the overwhelming media clutter, connecting, and then developing a meaningful relationship with your congregation, supporters, or audience.  We need to move far beyond the typical communication techniques of recent years, and create a powerful strategy for reaching the most distracted audience in the history of the world.  Essentially, it’s about getting your message heard.  It’s about telling your story, and making that story connect with your audience.

After all, in the new media universe, every person now has the technology and the opportunity to tell their story with the possibility of even impacting the world. 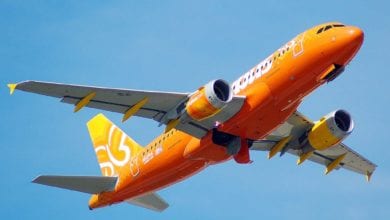 Churches Have Been Going on Broadcast TV During the Lockdown