My friend DeVon Franklin was the Senior Vice President of Columbia Tristar Pictures in Hollywood, and then launched his own movie production company.  If you haven’t read his book “Produced by Faith” then I highly recommend it. I recently asked him his opinion of the single most important skill it takes to reach the top in the entertainment and media industry. His answer?

The ability to read a room. That’s right – of all the executive and leadership skills he could have mentioned, he felt that the ability to walk into a meeting and immediately identify the players, their motivations, and their goals, is incredibly critical.

We all have to deal with meetings every day, but if we walk into them blind, we’re missing an enormous opportunity to get our message heard, advance our career, or make a statement. So whatever your motivation – from pitching a project, asking for a raise, interviewing for a job, or running the average meeting – here’s my suggestions when it comes to learning how to read a room:

1) Learn people skills. I’ve written many times that I don’t care if you’re an executive, writer, filmmaker, or ministry leader, your ability to deal with people is far more important than your ability at what you actually do. You’ll never get very far in any career if you don’t know how to work and succeed with people.

2) Look at the relationships. When you walk in the door, notice who’s deferring to whom. You may not know their titles yet, but you can tell a lot from who the pack leader is, and who follows.

3) Shut up and listen. Too many of us want to do all the talking, but you can find out far more by letting them do the talking. Avoid the temptation to impress and just listen.

4) Learn to read between the lines. I’m a big Sherlock Holmes fan (especially the original books). Holmes was a master at looking beyond what people say, and noticing their expressions, their tics, the way they dress, and much more. What they say is often a very small part of the information they’re sharing.

5) Finally – ask questions. What they share and what you need to know are often two different things. Ask pertinent questions. Put them on the spot. Force them to defend their plan, project, or idea. Don’t be a jerk – just ask the questions that need to be asked.

DeVon is right – reading a room is critically important. Stop assuming what you see at face value is the truth, and go deeper. It will make a dramatic difference in the future of your career.

Have you had an experience that confirms DeVon’s idea?

Can Non-Profits Transition from a Leader to a Leaderless Organization? 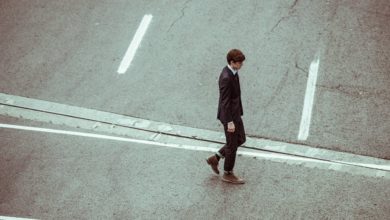 When Leaders Don’t Enjoy Spending Time With Their Team