Here in Hollywood, the latest craze for audiophiles is buying audio equipment with tubes. While the rest of the world is going digital, some of the greatest artists and musicians are preferring the authentic and dated sound of tube amps.

A brief look at the culture shows that “pursuit of the real” has invaded every corner of marketing. Whole food grocery stores, the “slow food” movement in restaurants, people are fighting to keep Wal Mart and fast food restaurants out of their communities, and more. Companies like Trader Joes, Starbucks, and IKEA – all deal in sincerity and nostalgia.

My own daughter is a perfect example. She cares little for pretense, artifice, or flash. She’s a disciple of authenticity. She lives her life in pursuit of the real, the authentic, and the genuine.

Writers, directors, producers, are you seeing my point here? The biggest criticism of faith based programming has traditionally been that it’s fake, put-on, or phony. In the past, there was enough of an older audience that would forgive those programming sins, but today, we’re facing a generation who isn’t likely to forgive so easily. 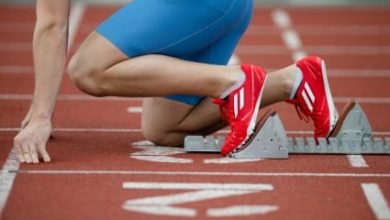 How to Achieve Olympic Levels of Success

Let’s Switch from Conversations to Action