The candy maker “Skittles” is taking a real risk and is becoming the first company to really embrace social media.  Sure, lot’s of companies say they’re doing social networking, but Skittles may be the first to truly let the conversations be controlled by the consumers.  Here’s the big truth about social networking most organizations aren’t getting – it’s not about creating a site where you dictate the content.

It’s about creating a platform and providing the online tools for your users to create the conversations.  That becomes risky for non-profits & business organizations because true freedom in the conversations means being open to criticism.  That’s why the vast majority of organizations who tout their “social networking” platforms are actually dictating and filtering the conversations, and only allowing positive comments through.

It will be interesting to see where this leads with Skittles.  The site features a Twitter feed that collects any comments in the Twitter stream about the word “Skittles,” and it’s also funneling through similar subjects from YouTube and Facebook.

It’s a bold effort on the part of the company and we’ll see what happens.  The bottom line is that “social networking” is a powerful tool for building momentum, and companies and organizations desperately want to use it to create a buzz online.  But are you really gutsy enough to allow consumers to speak on behalf of your brand?

As I say in my book “The Last TV Evangelist” – “The digital world is not for sissies.”

Do You Have Followers or Students? 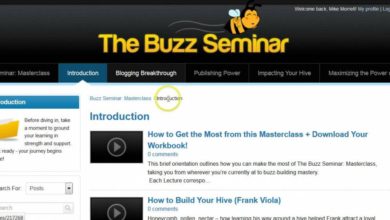 Want People to Change? Then Create an Enemy

Leave a Reply to Scott A. Shuford Cancel reply