I had lunch yesterday at 20th Century Fox with Simon Swart, General Manager of Fox Home Entertainment, and Ralph Winter, Fox Producer of films like X-Men, Fantastic Four, and Planet of the Apes. I wanted to talk with Simon about some of the misconceptions about “Fox Faith,” and see if I could get beyond the hype to the real story of what the vision might be for the label.

Simon has been a real leader in making the major movie studios aware of the need for product that would reach a faith based audience, and “Fox Faith” is actually the culmination of years of working toward that goal. Now, it’s proven so successful, that most other major studios in town are scrambling to get into that market as well.

Nevertheless, Simon emphasized that Fox Faith is just at “step one” in the process. They’ve proven that DVD releases into the religious market can be profitable. Simon should know, because his team has engineered the DVD releases for projects as diverse as “The Passion of the Christ” all the way to “The Last Sin Eater.”

Simon wanted to make sure our readers were clear on a number of things:

2. The projects have to be good. He’s not interested in taking just any faith based project. The film has to be a good story, have solid production values, and regardless of it’s faith content – it has to be a good movie.

4. When does Simon want to see your project for consideration? Once the film is finished. Don’t hit him up for funding, TV release, or theatrical.

We also discussed something Ralph and I have been concerned about for a long time. That in the studios desire to “cash in” on this perceived business market, they’ll pick up a lot of junk. We all know sincere but inept Christian producers out there that can’t tell a good story, have no idea of production values, and generally mean well, but produce really terrible stuff. We’re worried that after picking up a few of those projects that bomb in distribution, the studios will step back and think it was a mistake to enter that market.

So we all agreed that if you’re a producer out there, make sure you’re telling a great story, have the highest production values you can possibly afford, get great actors, and know your audience. This is a remarkable window for faith based producers, so let’s make the most of it. 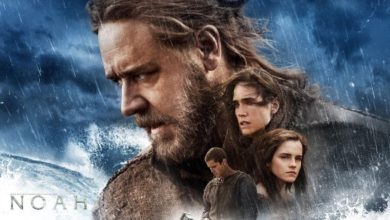