In what some people might consider a surprising move, Robert Schuller’s daughter Sheila Schuller Coleman has been selected to lead Crystal Cathedral Ministries.  In a personal email from Jim Penner, producer of the Hour of Power television program, he told me:


“Team leadership is embracing – it energizes staff and gets the laity more involved. Sheila is a fantastic team builder and I’ve always been one of her biggest fans. The Lead person in the ministry has to be the visionary. I’m an operational guy that can help implement that vision. So, organizationally we’re in great hands! The big question that has/will always come up is what does this mean in the pulpit. The statement below that we’re releasing widely and often answers that:

WEEKLY MINISTRY UPDATE
This Sunday and every Sunday, Dr. Sheila Coleman will answer the most compelling and frequently asked questions we may have about our ministry. With the recently announced changes in leadership, you may be wondering:
Q.     Will this impact who will be delivering the messages on Sundays?
A.     We are in the process of determining a team of teaching pastors that will consist of approximately four to six teaching pastors, which will include Dr. Robert H. Schuller, our Founding Pastor, who will preach more often than he has in the recent past. In addition, Sheila Coleman, our new Executive Director of Ministry and Missions, will join the team. One or both of them will participate in varying capacities in the services every Sunday. And all messages will continue to be those based in Possibility Thinking faith, hope and love. Watch for exciting message series and more announcements in the near future.

Jim told me that John Maxwell is committed to 8 Sundays a year with as an example of one of our team of 4 to 6 pastors. They are also also in the process of seeking out a full time “evangelist” at the ministry. That evangelist would be on the teaching team and also be a public face for the ministry.  Few ministries have undergone so many changes in such a short time, but from my perspective it’s a perfect example of the challenges traditional media ministries face with the generational and digital transition that’s happening right now. 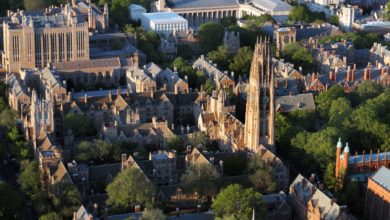 The Truth About Organizations