In an interesting PR move, The New Yorker magazine reports that Scientology’s work rehabbing buildings in Hollywood and other places has really made a positive impact on their perception in the city. In fact, Scientology has become a major investor in old Hollywood and helped create a revival in that part of Los Angeles. As a result,
their work has done more to help their perception than their stable of celebrity believers like Tom Cruise and John Travolta. The magazine reports that “Rehabilitating old buildings serves both as a powerful means of repairing its reputation (after investigations of Scientology in the 1970s and 1980s) and as a tangible metaphor for that work.”

While I’m no Scientology fan, (a religion founded by a B-rated sci-fi novelist?) it’s a good reminder of how making a positive impact in a community can turn around perceptions about an organization. I’m reminded of Rick Warren’s statement that “We live in an age of deeds, not creeds.” What you believe matters, but people respond to action, and when you make a tangible difference in the community, it makes an impression. 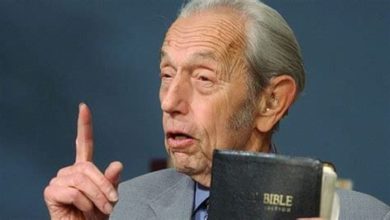