A reader raised an interesting question on what this blog should be about. He felt that all I deal with is “mega-churches” and “TV ministries,” when the truth is that out of the 20 posts on that day’s front page of this site, only 6 had anything to do with those subjects. So those stories don’t even make up a third of the issues I deal with on a regular basis.

And the truth is, some of those ministry leaders do impact the culture. Joel Osteen and Joyce Meyer are regularly on the best-seller lists, Rick Warren has sold more books than any living writer, and is heading up a major, global AIDS initiative, Brian Houston from Hillsong has launched a TV network, and it was large (and often small) churches that made the biggest immediate difference after Hurricane Katrina. That’s why I don’t write them off so easily.

My point is that I believe we’re moving to a convergence of Christians who work in explicitly religious media, and Christians who work in secular entertainment. Sure we all have issues with the kooks and con-artists in the religious media world. Plus, we have problems with the cheesy, cornball nature of the production values of many programs. So we need to keep raising the standard and holding each other accountable. That’s why I love the give and take – and the occasional “sparks” – on this site.

But let’s not overlook that some churches and ministries are actually making a remarkable difference out there, so I’m not interested in blowing that off. Let’s celebrate people who work BOTH in religious media and in secular media. Even Hollywood has recognized the market, so the least we could do is the same.

The convergence is happening. I’m seeing more and more church media producers crossing over into the mainstream media world, and Christians who have only worked in secular media moving into the religious media world. Let’s look at the two coming together and figure out what the paradigm is at that level.

Let’s stop being “either/or” and use the best of both worlds to really impact the culture. 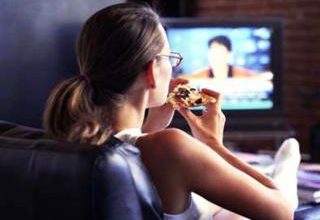