Every July 4th in America, we wrestle with how “patriotic” our church services and Christian programming should be. There is a massive shift in our thinking about mixing our religious faith and politics today, and recently, a magazine interviewed me on the issue. I thought you might be interested in the conversation:

QUESTION: Do you think there is a political/cultural war on Christianity in America, in any capacity? Why?

PHIL:  Absolutely. There’s always a “culture war” going on when people with conflicting world views are in the room – and that’s not a bad thing. I believe society benefits when people from different perspectives engage in conversation. The problem with us Christians is that we’ve far too often focused on trivial battles and in doing so are losing the war. For instance, we’ll raise enormous money and awareness to fight for the right to say a prayer at the start of a high school football game. But is that really so important? We mount massive campaigns to complain about Hollywood, the gay community, or companies that say “Happy Holidays” instead of “Merry Christmas.” But we often forget that God calls us to reach the world, not complain about the world.

QUESTION: Do you perceive any discrimination against Christians, active or passive, in the United States?

PHIL:  The issue is that we’ve lost our dominant place in America’s culture, and many people very uncomfortable with that. I grew up in the South as a preacher’s kid back in the 50’s and 60’s. At that time, we were pretty much a “Christianized” culture. My dad was a pastor and even people who would never darken the door of a church still respected and admired him. But today, the hostility is out in the open. People feel more comfortable criticizing Christianity, and are more bold about marginalizing us from public debate.

QUESTION: What sorts of Christian beliefs and activities are liable to get an American Christian in trouble?

PHIL:  The assertion that Christian principles are good for the entire society.  Years ago during a GOP primary race Rick Santorum really got hit in the press for his assertions that Biblically based moral principles are good for society as a whole. Years ago, that wouldn’t have raised an eyebrow. But today, secularists want religious faith marginalized into a “personal space.” For them, it’s fine that you believe in God, but keep it private. Don’t inflict your beliefs on me. (It’s funny that non-believers don’t feel that compunction about their secular principles.)  It was most recently evident in the Hobby Lobby case.

QUESTION: The vast majority of Americans identify themselves as Christians.  Why do so many also perceive a cultural bias against them? Is it possible to be the persecuted majority?

PHIL:  My opinion is that the vast majority of Christians in America are simply what CEO Arnie Cole at Back to the Bible Ministries calls “notional Christians.” In other words, they believe what they want about God and ignore the rest. (Statistically, that’s a fast growing number of people by the way). So while polls indicate high numbers of “Christians” in this country, their actual behavior doesn’t reflect that belief.

QUESTION:  When people talk about a bias against American Christianity, Hollywood gets brought up a lot. Why do you think that is?

PHIL:  Hollywood is enormously visible and influential.  Study after study indicates that movies influence behavior – from clothing styles, to alcohol or cigarette consumption, to how we view marriage and other relationships. So it’s natural that Christians see Hollywood as a significant player in our cultural breakdown. But our solution is wrong. Look at the strategy of missionaries: They go into a third world country, develop a trust relationship with the people, become one of them, enter the community as friends, and earn the right to be heard. They don’t stand on the edge of the village and hold protest signs, criticize, or yell. So why don’t we use that strategy with Hollywood? Fortunately, today there are hundreds of serious Christians working inside the movie and TV industries, developing relationships, gaining influence, and making change happen. Plus, Hollywood doesn’t respond to criticism or protest, they respond to box office results. If Christians were really serious about changing the industry, we’d start buying tickets in masse to movies that support our values. With about 91+ million evangelical Christians in this country, if we’d put our money where our mouth is, we’d have more influence than we think.

QUESTION: How about Washington? There are a lot of people who perceive it as the enemy. Are they right?

PHIL:  Christians are citizens, just like everyone else and have every right to stand up and have their voice heard. Many in this generation are turned off by political action, but the truth is, government controls so much of what impacts our lives – from schools, to health care, to local community authorities. So there’s no question that if we don’t speak up, our voices will slowly be shut up. While today’s culture isn’t anything like Germany before WWII, it’s interesting to look back and see that most German Christians back then just kept quiet and went along – and look what happened.

QUESTION: Many Christians feel that the battle is strongest in the classroom. What are your opinions on faith in the public school system? Is it in danger?

PHIL:  I’m a product of the public school system and have wonderful memories of that time. However, having raised two daughters and been very active in public schools in California, I can tell you things have changed dramatically. It’s interesting that private schools are performing at a far higher level, and yet there’s such hostility in government to vouchers that would help low-income students move to those schools. I heard an NPR report the other day that indicated in Los Angeles, there’s more than 100 legal steps a public school has to take to remove an underperforming teacher, and the process averages seven years. One teacher in California was accused of molesting a student and is four years into the process and still drawing a full salary. And we wonder why public schools are in trouble.

QUESTION: Where is the pushback against freedom of religious expression the strongest?

PHIL:  The “separation of church and state” issue really saddens me. First of all, it’s not in the constitution, and only appeared in a personal letter from Thomas Jefferson to the Danbury Baptist Association in 1802. In the American context, the concept was to build a wall that kept the government out of the affairs of the church. It was about freedom and it’s purpose was to keep the church unencumbered by government as it had been so often in Europe. It was never meant to say that faith should not be a vigorous part of public life. But today, it’s being used in the exact opposite way to eliminate religious displays on government property, Christmas carols in school pageants, and much, much more. People are trying so hard to remove religion from the public square and I think we’re losing so much of our unique heritage in the process.

QUESTION: In your opinion, are there any freedoms American Christians currently enjoy that are in serious jeopardy?

PHIL:  Right now we’re seeing extraordinary governmental encroachment on how a local church or faith-based organization can govern it’s internal affairs.  Recently there have been court cases challenging religious organizations’ right to hire people of their own faith, or fire others when they violate the organization’s beliefs.  Other’s have challenged a Christian college club’s right to require their leadership to be Christian.  And even with the Hobby Lobby decision, the Obamacare birth control mandate for religious based organizations is very disturbing.  I worry that we’re in a period where the church is about to lose significant ground regarding it’s ability to operate according to it’s own religious principles.  As William McGurn wrote recently in The Wall Street Journal:  “There was a day when liberals and libertarians appreciated the importance of upholding the freedoms of people and groups with unpopular views.  No longer.  As government expands, religious liberty is reduced to a special “exemption” and concerns about government coercion are dismissed, in the memorable words of Nancy Pelosi, as “this conscience thing.””

That should be our greatest concern. 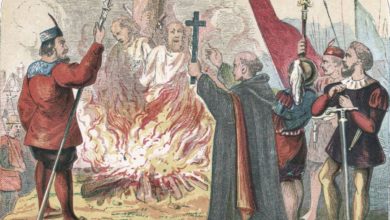