The Reach Conference at the National Religious Broadcasting Convention in Orlando has been excellent. From Pastor Erwin McManus, we learned that “Having Resources, and Being Resourceful” are two different things. If you’re waiting for the right budget, right timing, right crew, or other resources, stop waiting, and start filming.

Movie Producer Ralph Winter spoke about how we must stop “sanding down the rough edges in our storytelling.” The Bible is full of compelling, and often dark images. Being “family safe” shouldn’t be our ultimate goal. Tell the truth. Be authentic.

Then, Leonard Sweet – who’s just written a new book “The Gospel According to Starbucks” gave us a vision for the future. It was a sober, stark look at the wired world and where we as a church are going.

I think the exhibit hall was the best they’ve ever had. Much less “Jesus Junk” and more media oriented booths. God TV was the most impressive, with a two story exhibit where they were shooting live TV on the second floor. Also, “iQuestions” was impressive as well. A high tech, interactive booth that was very well designed.

Fox Faith film distribution had a special dinner where they unveiled their new slate of films.

Geographically, the conference was a bit too spread out, and it was rather difficult to get places quickly. As a result, there weren’t any real “community” areas, where people congregated.

After it ends tonight, I’ll give you some overall impressions about the event…

As Secular TV Pulls Back, Is Christian TV Ready to Make an Impact? 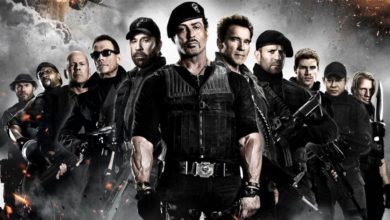