Remember the book and movie, The DaVinci Code back in 2006?  The book was a bestseller, and the movie was big box office.  While there had been other films that questioned the validity of what the Bible says about Jesus, it was probably the first to get such huge publicity.  And it wasn’t the last novel, television series, or movie that toyed with historical facts or was offensive to Christianity.  But unless you’re ready to set up a permanent boycott office underneath the Hollywood sign, we need to consider another approach to these types of entertainment and media projects that provides a more effective way to share our faith with the culture.

After all, the media and entertainment industries are the most powerful influence on the planet, and that’s why understanding the media’s power is one of the most critical issues facing the Church today. So as you think about your own personal reaction to critical books, TV programs, and movies, and how you’ll discuss them with friends, co-workers, and family, here are a few things to consider:

1. How you discuss the film, TV program, or book reveals a great deal about your own relationship with God. Communication researchers know the non-verbal aspects of a conversation say much more than the words. Therefore, our attitude and perspective communicates just as much as the information you’re sharing. When the subject comes up, are you hostile? Defensive? Superior? Condescending? Frustrated? Or do you react out of love, looking for the opportunity to share the real story of your faith? That doesn’t mean compromise, but it does mean sensitivity.

2. I’m not so sure God really needs defending. There are many believers out there who seem to thrive on their ability to defend the faith. Yes, we should know the facts and doctrinal principles of our faith, but in cases like this, God can handle these movies and TV series and anything else quite well by Himself. I’m frequently reminded that although God graciously allows me to take part in His eternal plan, He certainly doesn’t need me. The truth is, our job isn’t to defend the honor of God, like some over zealous boyfriend defending the honor of his date. Our job is to reach the world with a message of hope – to tell them the good news of Jesus Christ. Often, spending our time building fortresses to defend the faith just distracts us from our real assignment.

3. Before you speak, consider how your non-Christian friends will respond to the message. They don’t operate from our playbook. They don’t understand and therefore respect what the Bible says, so they don’t share our worldview.  It starts with perception. In a media driven culture, “perception” is just as important as “reality.” How an audience perceives our message is critical to the successful communication of that message. I would submit that throughout history, we could have stopped a lot of bloodshed and devastation had we been more sensitive to the public perception of our pronouncements. Jesus was remarkably aware of His audience, and always responded sensitively to different types of people.  Galatians 1:10 tells us that it’s not about “pleasing men.” It’s not about being spineless. I believe the world is looking for men and women who aren’t afraid to stand up for the Truth. But Acts 17 teaches us that we also have to engage and justify their attention, in order to begin the conversation.

4. Know what you’re talking about. It’s interesting that the crowd’s reaction to Jesus in Matthew chapter 7 wasn’t about how anointed He appeared, his speaking skills, or even the content of His message. They remarked that Jesus spoke as “one having authority.” We could do well to make sure we have our facts in order, and speak from a position of expertise, so that regardless of whether the audience agrees with us, they have to concede that our argument has authority and “works.” Plausibility matters. Over the years, we’ve seen the damage that Christian leaders create when they speak without thinking, so it’s vitally important that we engage our brains before we open our mouths.

I wish we lived in a world where everyone agreed with me, but I can’t even get my wife to do that. The fact is, in a democracy, people have the freedom to make outrageous statements, spark controversies of all kinds, and offend. But I’m absolutely convinced that with certain exceptions, the answer is engagement, not building walls, protesting, or boycotting.

Did The DaVinci Code drive millions away from the historic Christian faith? Of course not. The Barna Research Group reported that less than one-tenth of 1% of the people who watched “The Passion of the Christ” actually accepted Christ as a result of viewing the film. The gay population didn’t spike because of the movie Brokeback Mountain, and the movie Noah didn’t spawn millions of agnostics.  Entertainment can be very influential, but while I disagree with many of these media projects that get it wrong about Christianity, I also recognize that at the same time they give us some of the greatest platforms for sharing the real story of our faith.

So when you see a TV series, movie, or book release that ridicules our faith, don’t waste the opportunity by holding a picket sign. Be ready to engage in a spirit of friendship and respect that will begin a conversation that could eventually change the culture. 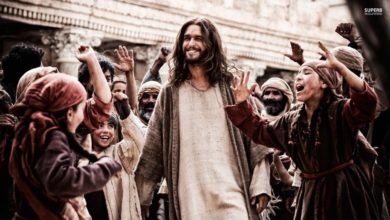