Business, media, nonprofit, and church leaders across the country invest in new projects everyday. The level of risk varies, but one thing is common to all – at some point, the leader needs to make a decision to stay in for the long haul, or cut the losses and call it quits.  The problem is – how do you know if your project is in trouble? What are the key indicators that something serious is going wrong?

In 1986, the space shuttle Challenger was launched over the objections of engineers who described a high probability of catastrophic failure. In spite of those warnings, senior NASA managers authorized the launch, and it exploded 73 seconds into its flight.

The Wall Street Journal reported that, “In the last week of September 2013, a “pre-flight checklist” indicated that 41 of the 91 Healthcare.gov functions for which a key contractor was responsible were not working. Another checklist prepared a week later showed serious, and in five cases critical, defects in functions previously categorized as working. Nonetheless, the website was launched on Oct. 1 and failed almost immediately.”

In far too many cases, political, financial, or time pressure causes unready or ill-conceived projects to move forward – often to disastrous failure. So what should leaders be looking for? What are the warning signs that would cause us to put things on HOLD?

1) It may be time to stop when the boss isn’t listening or aware of the process.  If the leader is detached or worse – keeping his or her distance in case of failure – that’s a bad sign.

2) When the leader is immune to criticism or insulated from reality.  If the team is presenting realistic reasons for concern, and yet the leader ignores the team, it’s time for a reality check. This often happens when Christian leaders use the “God told me to do it” line. God may have indeed given you the vision, but that doesn’t mean to ignore the counsel of trusted advisors.

3) When the pressure to meet deadlines overrides evidence that the project isn’t ready.  Deadlines matter, but not at the expense of proper execution. Mark Rutland puts it this way: “Why are we hurrying? This is the most challenging of all the questions in the path to roll out. What is the rush? Are we afraid the competition will get the drop on us? This is a genuine issue, of course, but it is not necessarily the final answer. Yes, it’s nice to be first to market. However, caution may allow us to avoid some mistakes the competition will make and may give us time to put out a better product.”  See more details here.

4) As you get closer to the launch, if the team loses their enthusiasm, then it’s time to re-think.  In many cases, you won’t be able to define the problem, but if that many good people start getting the willies, then something may be wrong.

5) Don’t let the pressure to perform on schedule override your ability to execute the project well.  You can’t always “Fix it in post” as we say in TV. It’s been years since the Obamacare website was launched, and the original catastrophic roll-out is still causing problems, and the poor execution has undermined numerous Democratic political campaigns. Many times the cost to fix a bad project launch is far more expensive than the launch itself. Getting it right the first time saves untold grief, consumer trust, and money in the long run.

Hope isn’t a strategy for launching projects.  It takes a leader that is on task, aware of the challenges, and watching the bottom line to execute well. Don’t take chances. If the red warning lights start flashing, then it’s time to make a change.

Think for a moment: Are you involved right now in any projects where the red flags above are happening?  Or have you ever been involved in a past project where you saw trouble coming, but the leader ignored it? What happened?

I’d love to hear your experience… 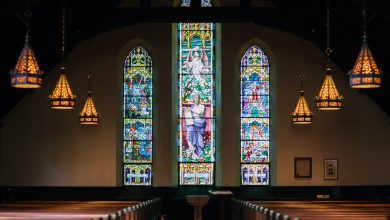 Church Leaders: What you should know for 2021

Leaders: Are People Drawn To You? 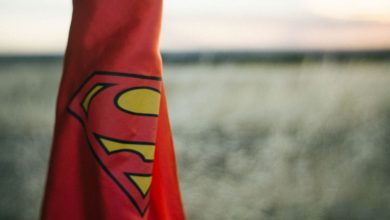