“How can you be a Christian in Hollywood?”  The question still gets asked by well meaning believers, and I’m often stopped at conferences and workshops and asked to share the experience of how I ended up in the entertainment industry.  I was raised a “preacher’s kid,” so early on in my life, I understood the power of great preaching, and the importance of communicating effectively – although I never had the slightest desire to be a preacher myself.  But it wasn’t long before I discovered the
power of the “media pulpit.”

Today, in a culture where few attend church anymore, the moral climate of this country is determined by movies, radio, and prime time television.  In my book, “Branding Faith: Why Some Churches and Non-Profits Impact the Culture and Others Don’t,” I write that the U.S. Census Bureau reports that the average teen will spend nearly five months of this  year watching TV, surfing the web, and listening to personal music devices.  The reality is, television programs, rock & roll radio, and movie theaters are “church” for this generation – sadly, that’s where young people today learn their morals, and codes of behavior.

But in spite of that great need, most films, television programs, radio specials, and websites produced by Christians are still poor quality, and have a limited audience.  That’s because for most Christians, the message is everything, and we’ve forgotten the power of a great story.  It’s interesting that when you study the life of Christ, you discover he didn’t give theological lectures or teach doctrine.  He simply told stories – powerful stories that changed people’s lives.  Stranger still, he usually only explained the meaning in private with his disciples – not with the larger audience.

I’ve always found it fascinating that Jesus Christ came to establish a faith that would transform the world, but was willing to risk just three years of ministry on telling stories.  Today, most of us would have started a university or Bible College, created a statement of faith, written a systematic theology text, gotten involved in politics, started a non-profit organization, or at least started a partnership program for fundraising.  Don’t get me wrong, all of these things can be critical in ministry, but the fact that Jesus’ priority was storytelling should tell us something about its power.

A great filmmaker once said that facts go straight to the head, but stories go straight to the heart.  Most Christian filmmakers spend all their time trying to force a Christian message into the film, and they forget the most important thing – to tell a great story.   You might take issue with that statement, but the fact is, no matter how great the content of your message, if no one watches long enough to see or hear it, you’ve failed.  So that’s why I tell preachers, teachers, writers, artists, filmmakers, and media professionals – tell a great story first.

I think it was old time movie mogul Samuel Goldwynwho said: “If you want to send a message, call Western Union.”  Great media projects aren’t about sending messages, they’re about telling great stories.  Jesus understood the power of a story, and it’s something we need to be reminded of today. 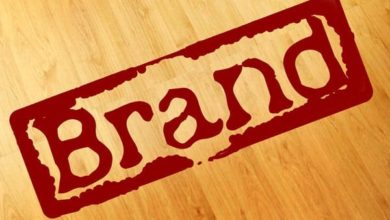 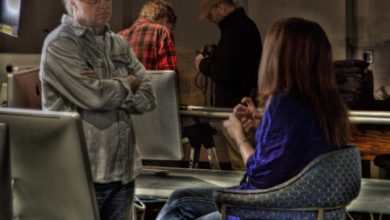