It is the function of art to renew our perception. What we are familiar with we cease to see. The writer shakes up the familiar scene, and, as if by magic, we see a new meaning in it.
— Anais Nin

As a commercial director and media consultant in Hollywood, perception is my business. I deal in the visual world of products and people, and how they are perceived by the viewing audience. Today, in a media-saturated culture, perception is the currency of choice. Public relations has become an art form as celebrities, politicians, and companies confront the need to impact and control public opinion, and the issue of perception has become a critical part of advertising campaigns, press releases, and public statements.


Perception is also the catalyst that’s driven the advertising industry to move from “informational” advertising to “emotional” advertising. Historically, the primary goal of marketers was to tell the public about the wonderful features of a product – how it works, the quality of the construction, or the helpful features. But today, advertisers don’t tell us about the product, they tell us how we’re going to feel when we use the product.

When was the last time you saw an athletic shoe commercial describe the high quality materials that went into the shoes, the excellent construction, or the useful features? Today, they’re more interested in convincing you that when you strap them on, you’ll suddenly leap like Kobe Bryant, win championship sports events, or fit in with a cooler crowd.

It’s not about facts, it’s about perception.

Indeed it can be, but like many things, I learned it also has a flip side, as I began to study how Jesus went to great lengths to impact the public perception of his ministry and his purpose on the earth.

He actually told people who had been healed not to tell anyone.
He carefully chose the men who would be His closest associates.
During the height of his popularity, he withdrew to remote places to be alone.
He chose the method of his triumphal entry into Jerusalem.
When He could have escaped in the garden, he told Peter to stop fighting and quietly allowed Himself to be arrested.
During the events that led to his execution, He even controlled the interrogation of Pilate by only responding to certain questions.

Jesus had a purpose and plan for his life, and he refused to let others determine his destiny or how He would be perceived. But why did He care what people thought? Why wouldn’t Jesus Christ only be concerned with Truth?

It’s Not Who You Are – It’s How You’re Perceived. Since the days of Adam and Eve, who someone actually was, has always been less important than how they were perceived. Today, when researchers study the process of communication, they realize that the message being sent is not always the message being received. In fact, few communicated messages actually arrive with the same intentions, information, and impact.

Quite simply, Jesus understood that perception is a powerful word and has enormous consequences.

But how can we control our perception? To what extent can we influence the way others perceive us, and how can we use those techniques to express our faith, or accomplish our calling?

Start Thinking in Reverse. It’s not the message you send, it’s the message that’s received that counts. Whether you’re communicating on a movie set, producing a TV program, or sharing your faith, realize that every listener is evaluating your message through his or her own framework of life experiences, which dictate to a great extent the impact it will have on them personally.

The Importance of Packaging. When I was a kid, television only had three channels, but on our cable system today in Los Angeles, my children have a choice of five hundred channels. That’s why how a program is packaged, is just as important as it’s content. In a five hundred channel universe, people take less than 3 seconds to decide to watch a program. Therefore, no matter how brilliant the program might be, if it’s not packaged in a compelling way, the viewer won’t watch long enough to hear the message.

So what does all this perception business mean to me?

One of the greatest criticisms of the Christian faith, is not it’s principles, but it’s perception. The history of the faith is littered with men and women who may have been sincere and genuine, but because they cared little for how they were perceived, they ended up doing far more damage than good.

First – understand that how you are personally perceived is critical. It doesn’t matter if you’re a brilliant actor, if people believe you’re as a no-talent hack. Take the time and effort to manage their perceptions, so you and your gifts can be positioned in the best possible light. It’s not about ego or manipulation, it’s about creating an environment where you’re appreciated, not tolerated. Remember – if you don’t determine your future, you’ll always be at the mercy of others who will.

Second – God has called us to be a light within the culture, because a light draws people – it’s doesn’t repel them. Everyday, on stages, in rehearsal studios, in executive offices, and more, we have the opportunity to impact people’s perception of God and his ability to impact their lives. And unless they perceive it’s ability to make a difference, they’ll never take that critical step of faith.

But how do we discern the difference between out attempts to influence our audiences for good, and shameless self-promotion?

That becomes an issue of integrity. Daily pursuing the God of Truth, and seeking to express His purpose in every association, project, or relationship. Only God can truly change hearts, but he allows us the gift of being active in His plan. King David said, “Some trust in chariots, and some in horses: but we will remember the name of the LORD our God.”

Understand the power of perception, but never forget that God is ultimately in control.

The fact is, it’s not an either/or proposition. Who you are is important. Your talent, your gifts, your life before God – this is critical because Truth exists, and God has called us to live at a remarkable level.
But you should also never underestimate the value of how you are perceived. Because we’re also called to be witnesses of His life, death, and resurrection, and how that message is received by others, can never be taken for granted. 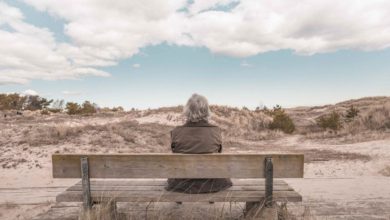