The stories continue, from the “Opus” cartoons in the newspaper to accusations of dropping Christian TV programs because of Muslim criticism. However you look at it, political correctness is bringing us to it’s ultimate endgame – making us afraid to speak the truth. It continues to be open season on Christians – witness the flood of critical commentaries, cartoons, and jokes after the death of Jerry Falwell in the mainstream media. But it’s getting more and more difficult to find even reasoned discourse, much less criticism of the Muslim faith anywhere – college campuses, mainstream media, or network television.

Don’t let a PC world force us to remain quiet. We don’t have to be loud and insensitive, but we do need the freedom to reason and speak the truth. It’s a freedom we can’t afford to lose. 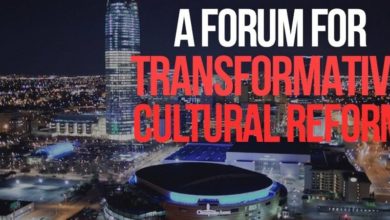