ZAHN: And now I want to get our top story panel’s take on Mel Gibson. Joining me from Seattle, nationally syndicated talk show radio host Michael Metved. Here in New York with me, image consultant Marvet Britto and in Dallas Phil Cooke a consultant and producer at Cooke Media Group, based in Santa Monica. Glad to have all of you with us.


So Michael, you’ve got a top Jewish Hollywood agent, Ari Emanual (ph) saying to folks in the entertainment business they should boycott his projects even if it costs them money. Is he right?

MICHAEL MEDVED, SYNDICATED TALK RADIO HOST: No, he’s ridiculous. This happens to be Michael Moore’s agent and Michael Moore has done far more damage to the Jewish community, particularly regarding the issue of Israel, than anything Mel Gibson has ever done.

ZAHN: You’re not happy, Michael, about what Mel Gibson spewed, are you?

MEDVED: No, but it was a private incident. He never made the statement publicly and no one has ever come forward and said, you know, Mel Gibson is right, Jews really do start all the world wars. The guy was drunk. He was being arrested. He acted like a boor. It probably shows that he has inner hatred. I do believe that the interest of my community, of the Jewish community is very strongly in not getting him to be more public with that hatred, but getting him to control it and tamp it down and maybe to change it. I think this whole issue, Paula, that the people are talking about trust, we’re talking about a movie star, about a film director, not a rabbi, not a politician, not a statesman, somebody who makes movies. And if he makes good movies everything will be fine.

ZAHN: I know, but we’re also living in a country where movie stars become role models for people. Phil, I want to read to you a quote from Mel Gibson’s latest apology. Quote, I am in the process of understanding where those vicious words came from during that drunken display and I’m asking the Jewish community, who I have personally offended, to help me on my journey through recovery. Is there any doubt in your mind that he’s an anti-semite?

PHIL COOKE, FILM PRODUCER: You know what, I think along with forgiveness, you have to think about accountability. It is an interesting thing, the trust element, that this has been something that he’s struggled with for a long time. So I do think you have to be accountable for your actions.

ZAHN: But being accountable is one thing. Are you saying he’s a bigot?

COOKE: I don’t know. You know what, the bible says out of the heart a man speaks. Whatever’s inside of you is going to come out when you’re under pressure. So I think there’s some real issue there that I think he needs to deal with.

ZAHN: Phil, just talking about these real issues, and we heard Michael talking about this inner hatred he obviously has inside of him. But in his first apology he didn’t even directly address Jews. Was that a mistake and did the second apology go far enough?

MARVET BRITTO, IMAGE CONSULTANT: I think he said more as more was being revealed, and I think Mel Gibson is clever because he knows that the American public is very forgiving, so his second statement went deeper because he knew that more had been disclosed. And he was genius and it was clever in addressing everything that he said and he knows that the American public can appreciate and support people who show remorse. And he showed remorse through his second statement.

ZAHN: Michael, you get the last word, 20 seconds, what do you think the consequences should be?

MEDVED: I think the consequences should be reconciliation with the Jewish community. I think a lot of people are attacking him because it’s a way of going back and saying again, well, we were right, “The Passion of The Christ” was anti-semitic. I don’t believe the film was anti-semitic. I honestly believe that the people who felt inspired and uplifted by that film have no reason to feel guilty because Mel drank too much and got into trouble with the law and said some horrible things. ZAHN: All right. We have got to leave it there. Phil Cooke, Marvet Britto, Michael Medved, thank you all, and that is it for all of us here tonight. Appreciate your joining us. Have a great night. See you tomorrow. 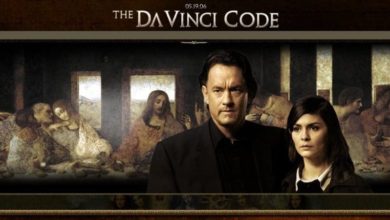 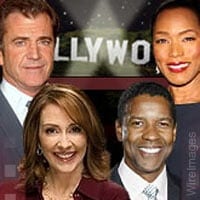 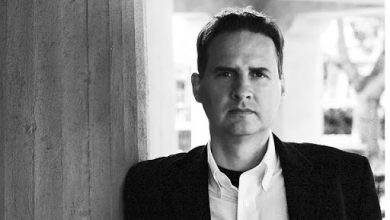 The “Passion Playbook” in the New Hollywood