There’s no question that local pastors will be interviewed about their position and response to the recent Supreme Court ruling on same sex marriage. But before you answer that call, here’s a few things to remember:  Whatever denomination you’re from, just for context, you should read the statement from current and past presidents of the Southern Baptist Convention released just two weeks ago on the issue. Since they’re the largest Protestant group in America, you should know their position, because it may come up in an interview.  Regarding the ruling, here’s some thoughts that may help as you formulate a response – particularly to secular media requests on the issue:

1. Never engage in an argument. You don’t win when you start arguing with the media. Remember – they hold the power in editing, and control the outcome of your statement. Keep your cool.

2. My suggestion is not to make a statement today at all unless you feel strongly about it.  Today, hundreds of people are being interviewed – so much that individual opinions in the media won’t have a significant impact right now. It will be far better to “save your ammo” for a few weeks from now, when the initial media splash has died down. That’s actually when your statement will be noticed and potentially carry more weight.

3. Avoid being negative. That immediately will define your perception. As a Christian leader, it’s far better to remind people that we are driven by love, and a higher calling. We see a bigger picture here, and haven’t given up on reaching today’s culture with a message of hope. Particularly on TV, your attitude often has more impact than what you actually say.

4. Finally – keep it short.  A media interview isn’t time for a sermon or lecture. The single greatest tool journalists use to hang people is simply allowing them to talk freely. Just because the interviewer gets quiet or doesn’t say anything doesn’t mean you should keep talking. Make your statement and make it short and sweet. With a shorter statement, chances are higher it will be used on the air, and it can’t be edited to twist what you are saying.

Remember – it’s not just what you say in a media interview, it’s how you say it.  Following these suggestions will help you make a greater impact. 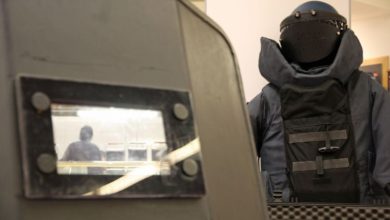