Over the years, I’ve recommended ghostwriters on multiple occasions to my clients. In fact, early in my career, I was paid to write a number of books for clients myself without ever getting any credit. After all, do we really believe all major corporate executives, celebrities, professional athletes, or leaders are good writers? And it’s no different with pastors. The irony here is that although a significant part of their job is communication, the vast majority of pastors I’ve met are just not terribly good when it comes to writing. So if you have a message you need to share, and a book is the right platform (but you’re not a strong writer) then by all means, consider hiring a professional writer or editor to help. But I just have one caveat: Give them some credit.

Depending on their contribution, you don’t have to give them co-writing credit (although that would be nice), but you could give them “with” credit, as in “Written by Phil Cooke with John Doe” or at the very least, proper attribution in the acknowledgements or on the book jacket.  At least that’s intellectual honesty.

Hiring writers, singers, and other artists without giving them credit has been around a long time. Amanda Foreman writing in the Wall Street Journal recently said, “Hollywood had no compunction about substituting soprano Marni Nixon’s voice for Marilyn Monroe’s for some of the tricky high notes in “Gentlemen Prefer Blondes.” Nixon went on to “voice” Deborah Kerr in “The King and I,” Natalie Wood in “West Side Story” and Audrey Hepburn in “My Fair Lady”—all without studio credit—resulting in her crowning by Time Magazine as the “Ghostess with the Mostess.” Of course, movie studios aren’t the only ones with a history of peddling images over reality. For decades after George Washington’s death, his friends and admirers tried to keep the real authorship of his 1796 Farewell Address secret: Washington had supplied the ideas, but Alexander Hamilton’s prose had enraptured the public. Two centuries later, John F. Kennedy walked off with the 1957 Pulitzer Prize in history for “Profiles in Courage,” even though most of the chapters were drafted by his gifted speechwriter, Ted Sorensen.”

Did you get that? John F. Kennedy took home the Pulitzer Prize for his book “Profiles in Courage” but a significant contributor wasn’t even mentioned.

The issue is especially frustrating in the church where we should be held to a higher standard. As Andy Crouch pointed out in Christianity Today, the real problem with the plagiarism flap surrounding Pastor Mark Driscoll wasn’t so much the possibility of citation mistakes, but the issue of celebrity pastors taking credit for work they didn’t do by themselves. And yet, most celebrity pastors and ministry leaders don’t write their books, and still get credit as sole author. After all, that feeds the Christian publishing celebrity machine.

Bad preachers don’t hire professional actors to deliver their sermons. So even when it’s your content, you should think twice about taking all the credit for writing a book when someone else is actually doing the writing.

In the Journal, Amanda Foreman goes on to say, “In 1949, the Supreme Court ruled that ghostwritten speeches and documents could not be used as evidence in court. The justices deplored “the custom of putting up decoy authors to impress the guileless.” In short, they weren’t going to be taken for rubes, and neither should anyone else.”

And most of all, neither should the Church. 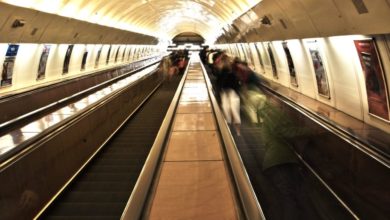 The Power of Using Action Words

Why Now Is The Best Time to Tweak Your Daily Schedule