Today, moms have good reason to be concerned about how their teens use the Internet, but the truth is, online dangers pale compared to the risks of drunk driving. In 2007, 6,552 people were killed in auto accidents involving young drivers (16-20), according to the National Highway Transportation Safety Administration (NHTSA). In 2006, nearly a fifth (18%) of the 7,643 15- to 20-year-old drivers involved in fatal traffic crashes had a high blood alcohol level.  On the other hand, the numbers from the Crimes Against Children Research Center indicate that one child in seven has received an unwanted sexual solicitation online.  However, many (possibly most) of those solicitations were from other teens, not from adult predators.  Plus, most recipients didn’t view them as serious or threatening, and almost all of the young people handled the solicitations easily and effectively.  The study indicated that two out of 1,500 young people interviewed had actually been sexually victimized by someone they met online.

So while the odds that a teenager will be hurt or killed driving drunk are significantly higher than being victimized by an online predator, it’s still important that you monitor their activities on the computer.  A recent study by a leading software manufacturer indicated that a third have cleared their browser history to hide their online activity from their parents.  More than half of teens have given out personal information to strangers, and more than a third of girls have sent their photo to a stranger they met on the Internet.

So what should a concerned parent do with kids living in the computer age?

1)    Don’t overreact.  Remember that kids push back when parents get too overbearing – even for the right reasons.  Start with a conversation, not a lecture about the dangers of the Internet.

2)    Talk.  Keep the communication lines open with your teen.  Learn what they’re doing online, and even surf the web together.  As long as your teen is talking with you, chances are they won’t get into trouble.

3)    Keep the computers out in the open.  I’ve long been a critic of allowing children – and even teens to have computers in their room.  If at all possible, keep the computer out where others can see what they’re doing.  Make it tough for them to look at sites you wouldn’t approve.

4)    If you really believe your child is viewing pornography, get good advice.  Even getting rid of the computer will only make them go to a friends house, where you’ve really lost control.  Christian organizations like xxxchurch.com have resources to help those involved in pornography.  Some organizations have even created accountability software that automatically sends an email to parents when their kids go to a sexually explicit site.

The bottom line is, be aware.  Talk to your kids and stay a vital part of their online world.  Today more than ever, young people are being bombarded with media messages, and those messages are more violent and sexually explicit than ever.

Because kids have access to online tools everywhere – at home, at a friends house, at school, and more – it’s virtually impossible to police their every moment.  So the best protection is their own sense of right and wrong.  It may be the best way to keep them out of trouble. 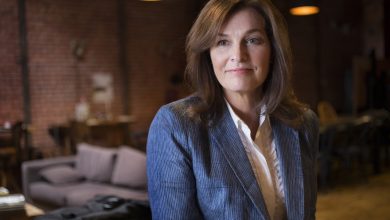 Want to Launch a Career? Today, It’s Up to You