One of the biggest surprises of the last couple of years has been the explosive popularity of YouTube stars. As first reported in Variety Magazine in July, 2015: “YouTube stars have tightened their already impressive grip on U.S. teens since last year, demonstrating more influence than ever even when compared with mainstream household names including Taylor Swift and Johnny Depp.”  Q Scores are essentially a ranking of celebrity influence. Who has the most fans and followers? It matters in Hollywood because before you invest millions for an actor to star in a movie, you want to make sure he or she’s popularity justifies the investment.

When the shift really took hold, the Q rankings revealed:

Out of the top 20 Q scores, the TOP SIX most influential celebrities in Hollywood are YouTube stars. Then Bruno Mars and Taylor Swift followed them, then positions 9, 10, 11, and 14 were YouTube stars.

The bottom line is that of the top 20 rankings, 10 positions (mostly at or near the top) were taken by digital influencers. And traditional celebrities like Denzel Washington, Will Smith, Meryl Streep, and Johnny Depp were all listed at the bottom.

Keep in mind, most YouTube programs are produced on a shoestring budget in a spare bedroom or in their parent’s basement.  And now these types of programs are competing for the hearts and minds of the next generation – over and above traditional Hollywood. As a result, major corporate sponsors are competing for these digital programs. Earlier this year, one digital star bought a $4.5 million home here in Hollywood.

Variety goes on to say: “Teens’ emotional attachment to YouTube stars is as much as seven times greater than that toward a traditional celebrity; and YouTube stars are perceived as 17 times more engaging, and 11 times more extraordinary, than mainstream stars.”

So what does this mean for creative program producers and filmmakers?  Your excuses are over. Now it’s not up to studios, networks, or distributors to build your audience, as the evidence shows, it’s up to you.

Keep in mind that this is still the Wild West out there. Many of these programmers are creating shows that are less than 10 minutes long. There are no standards or rules – except whatever attracts viewers.

This year, stop waiting to get the attention of major studios or networks, and start filming wherever you are.

In today’s digital universe, the idea is most important thing. 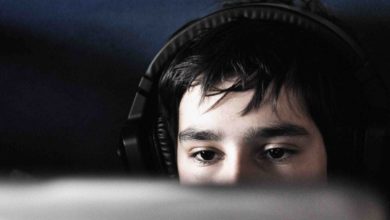 Are Mobile Devices and Social Media Turning Our Kids into Zombies? 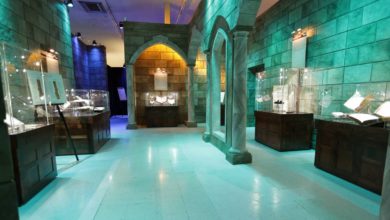 When Was the Last Time You Went to a Museum?