There’s no question that the political shift that’s happening in the country will have a powerful impact on the religious and non-profit community.  While a significant number of Christians voted for Obama, the majority of the major churches and ministries in the country lean toward the conservative Right when it comes to politics.  If you happen to be a Democrat, then you’re probably thrilled with the new possibilities.

Certainly social services, the poor, and government programs will see some new approaches and ideas.  Although a number of my friends on the Left are pro-life, they voted for Obama based on the idea that his programs for the poor will impact the abortion rate by changing the circumstances for those most likely to get abortions.  Since the Republican approach hasn’t really moved that dial in a significant way, they’re eager to see if another strategy works.

But there are areas of real concern for the religious and non-profit community.  The re-imposition of the fairness doctrine will be enormously unfair.  I’m not sure how the Left can promote free speech by limiting the rights of broadcasters and media outlets, but there have been some pretty serious indications that this will be attempted.  With the enormous number of religious radio and TV networks, stations, and programmers, that could literally spell the end of religious broadcasting in America.

Although Obama will be facing restraint from the weak economy, a number of potential changes – like the fairness doctrine – are not financially driven.  Liberal judicial nominees, trade restrictions, foreign policy changes, and union support for card check, (which according to The Wall Street Journal is overwhelmingly unpopular with the American public) are all on the agenda for Democratic leadership.

Interestingly enough, with the combination of a Democratic president and congress, I predict enormous fundraising potential for conservative non-profits and religious organizations.  In a liberal environment (the Democrats in congress today are far more liberal than the democratic congress during Carter)  organizations like Planned Parenthood, the ACLU, Moveon.org, and others will have free-rein.  It will also be interesting to see how the abortion industry responds with the pending Freedom of Choice act.

My greatest advice for non-profits and religious organizations is that if you decide to raise support to fight these and other issues, just remember that chances are – many of your supporters voted for Obama.  Demographic studies of religious media reflect many of the same target audiences that voted for Obama, and if you come down too hard on the new president, you might alienate more people than you think.

Proceed with caution.  I don’t see the country shifting Left as much as this being a repudiation of the war in Iraq, and President Bush’s policies.  But either way, there are serious changes and challenges ahead, and the best response is to be aware of what’s coming, be accurate in your presentations, and look for issues that connect with your audience. 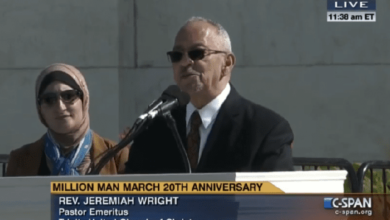 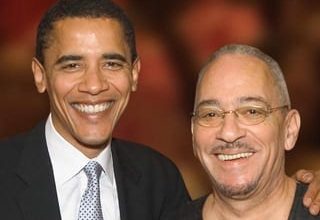