So many producers of traditional television and radio programs come to me terrified. They’ve had success over the years, but their audience is getting older. They want to overhaul the program and make it hipper, more contemporary, and hopefully reach a younger audience, but they’re fearful that any changes will upset or alienate the older demographic. (And hence stop their financial support).

I’ve fought against that thinking for years. We’ve had success making that transition happen at numerous churches and media  ministries, and with that particular issue, I would imagine Joyce Meyer Ministries is probably our greatest success. The key in Joyce’s case was selling the changes to the older audience. Joyce knew the critical importance of keeping the program updated and contemporary, but was initially worried about how the older partners would react to the new changes.

So she went right to the older crowd and made her case. After all, there’s nothing older folks want better than to reach the next generation. Once she showed them what she wanted to do, and the changes that were coming, they jumped on board in a big way, and the rest is history.

But other churches and ministries just don’t get it. Even some second generation leaders are so afraid, they preach their dad’s sermons, wear their dad’s suits, use the same fundraising strategy, and in some cases, wear the same haircut. They want so desperately to make sure the older (giving) audience stays on board, that they sacrifice their own unique personality, calling, and vision to do it.

It’s a tragic waste. You can reach a younger audience, and make the older crowd get behind the effort.  Another point that backs up my contention is from Timothy Ferris’ “Margin Manifesto: How to Reach Profitability (or Double It!) in 3 Months” he says:

“Niche is the new big. But here’s the secret: It’s possible to niche market and mass sell. iPod commercials don’t feature dancing 50 year olds, they feature hip and fit 20-30 somethings, but everyone and his grandmother wants to feel youthful and hip, so they strap on Nanos and call themselves Apple converts. Who you portray in your marketing isn’t necessarily the only demographic who buys your product – it’s often the demographic that most people want to identify with or belong to. The target isn’t the market.”

It’s time to pull the trigger on some significant changes that reflect a new generation. Stop operating in fear. Be yourself, not a poor reflection of what worked in the past.

5 Ways To Get A Response To Your TV Programs 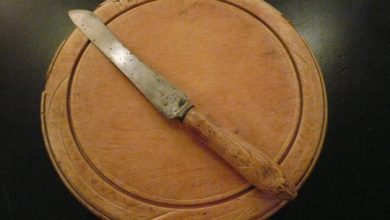