For all of you (like me) who write books that don’t make the best-seller lists you might be encouraged by a piece in “The Weekly Standard” by Barton Swaim.  Trying to come to terms with his place in the literary food chain, he wrote something that really resonated with me, and actually made me feel a little better about my minor contribution to the world of books:

“The minor writer never gets rich, never achieves anything more than momentary fame, and nobody would call his works important. He has admirers, and he may write a highly regarded book now and again, but he is destined to be remembered, if at all, in the footnotes of monographs nobody reads.  What makes the minor writer worth remembering is that his writings achieve some modest, honorable goal.”

“[It is] not necessary,” writes Samuel Johnson, that a man should forbear to write, till he has discovered some truth unknown before; he may be sufficiently useful, by only diversifying the surface of knowledge, and luring the mind by a new appearance to a second view of those beauties which it had passed over inattentively before… and, perhaps, truth is often more successfully propagated by men of moderate abilities, who, adopting the opinions of others, have no care but to explain them clearly.”

Universal fame would be a marvelous thing. But to spread a little wisdom, even then to be forgotten, would be all right, too. 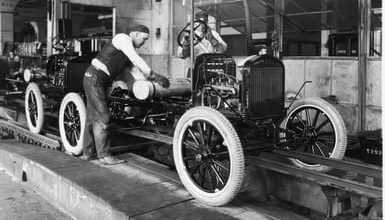 10 Reasons You’re Not Ready to Lead a Creative Team